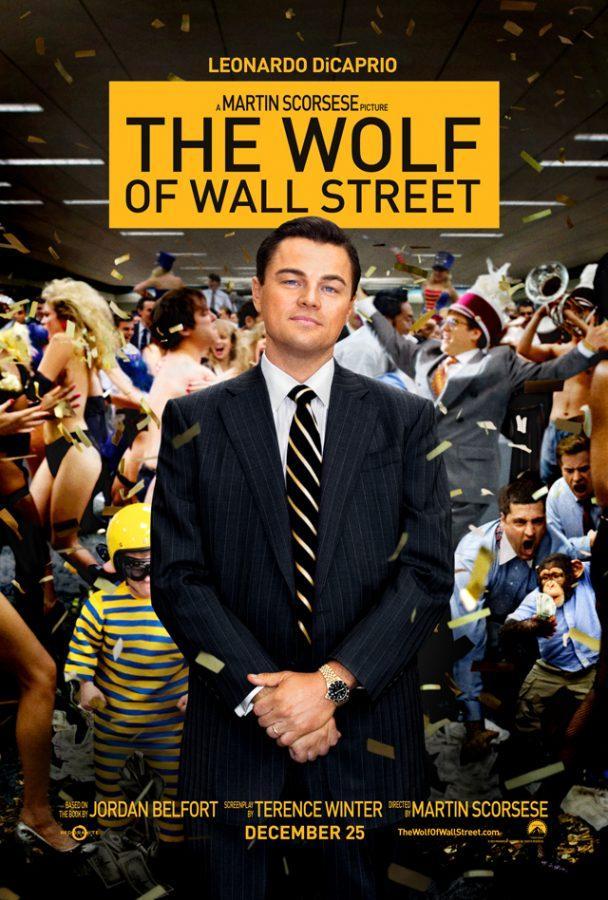 Out of the nine nominees for Best Picture this last year, the most polarizing was definitely The Wolf of Wall Street. Indeed, it might just be the most hate-it-or-love-it film of 2013; out of the top ten reviews on IMDb for the flick, half lambast the film (most rewarding it one out of ten stars) and half praise it as Scorsese’s best film since the ’90s. So what gives?

The Wolf of Wall Street is the true-life story of Jordan Belfort, a scumbag that made unfathomable amounts of money in the ’80s and ’90s by scamming people into buying worthless penny stocks and illegally raising equity for companies he himself had a hand in. The film follows his simple naive college grad origins to his emergence as a money-hungry, smooth-talking millionaire drug addict.

In the first five minutes of the film, Leonardo DiCaprio has already sniffed drugs off of a hooker’s naughty parts and crashed a helicopter. And this is pretty indicative of the rest of the movie; it’s a cornucopia of drug use, graphic sex and nudity and it now holds the world record for the most uses of the F-word in a wide-release film. In other words, it’s wholesome family entertainment.

To get the obvious out of the way, technically, the film is near perfection. DiCaprio has proven himself again and again as potentially the best actor working today, and he doesn’t disappoint here. Jonah Hill continues to successfully rid himself of his “stupid comedian” connotation (though all the major performances here are very comedic). And Matthew McConaughey almost steals the show during his ten minutes of screen time (and he looks more healthy than in Dallas Buyers Club!). The ever-reliable Martin Scorsese directs the film with a stylistic and entertaining flair. Other than a concerning number of editing snafus, Wolf is incredibly technically proficient.

But the problem many might have (and a lot do) with the film is its content. Wolf is one minute shy of three hours long, and probably two hours of that running time is reckless debauchery. We’re talking about a film where the main character has no grand character arc and essentially grows in no way, shape or form. No one learns a lesson. Belfort spends more time tossing midgets than he does weighing the morality of his actions. To some, the film might seem completely pointless and unnecessarily long. To me, that’s what makes it so great.

On a surface level, The Wolf of Wall Street is fitfully entertaining in its excess (though that may say more about me than the film). But, on a deeper level, Scorsese is simply mirroring Belfort’s real-life excess with the excess in his film. Did the film need to be three hours long? No, not really. But watching scene after scene of the sin on display hits home the anti-1% themes and messages the film is trying to get across. The only way the film glamorizes its content is if the viewer personally finds the actions on-screen desirable. And having Belfort learn his lesson and get what’s coming to him at the end of the film would imply the film’s actions are in the past, when true-life CEOs and wealthy socialites are still living disgusting, extravagant lives while simultaneously laughing their way to the bank.

I have a problem with the fact Jordan Belfort is making royalties off a film (especially due to his dodging of government-mandated compensation to the people he robbed) that satirizes and vilifies his kind of people’s way of life, but that only slightly detracts from the greatness of The Wolf of Wall Street. The film’s three-hour running-time honestly zips by, and it’s both entertaining on a surface level and maddening on a deeper one. It’s certainly not for everyone, but Wolf is one of the best pictures of last year. I wholeheartedly recommend it for your next family movie night.