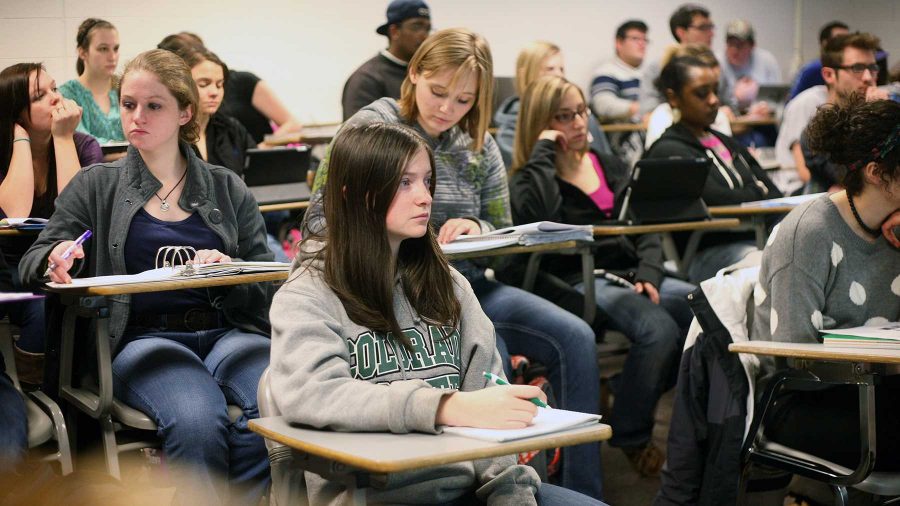 “Ah the vicious cycle caused by one person sitting in my spot … Now I have to sit in someone else’s spot.”

College is hard, but routines help students make it through. There are basic routines like waking up early, always going to class and doing daily readings, but there are also some interesting routines that students practice.

Everyone has their favorite seat in class and some students absolutely love to routinely sit in it. Some students adore sitting at the front of the class, nearly close enough to smell the professor’s lunch on his or her breath. Other students prefer to sit in the back of the class, sinking into the dark depths of the lecture hall.

Usually students are able to walk into their classroom and go right to their favorite seat, but sometimes there’s a student already sitting in it, completely disregarding everyone else’s routine. In most settings, seating arrangements aren’t imperative, but in the classroom they’re everything.

“I walked into my lecture hall, looked over and my heart sank,” said Thomas Hatherford, junior entrepreneurial major. “Some evil person was in my seat. I had to find another seat and then I became the evil person when I sat in someone else’s spot.”

Students don’t only like their seat because of their positions in the classroom, some students leave things at their desk that they like returning to find. Jerry Gurgich, senior knitting major and sewing minor, says that he leaves things at his desk that he doesn’t want any other students to see.

Whether a student’s reasoning for having his or her own desk is understandable or downright unexplainable, they should all be entitled to sit in the same spot every class. The musical chairs and the heartbreak that follow a seat-jacking are simply unbearable, and students shouldn’t have to deal with such an emotional situational.