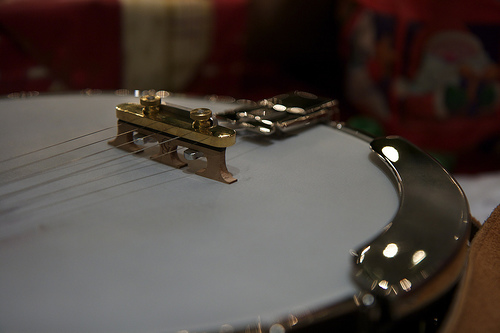 Bluegrass band Henhouse Prowlers are performing tonight at Hodi’s Half Note with Chicago Farmer as opening act at 8 p.m., tickets costing $10 ($15 if younger than 21). I had the chance to sit down with the banjo player and founding member, Ben Wright.

Q: What is a brief history of your relationship with music?

A: I moved to Chicago in 1999, bought a banjo on a whim, and became obsessed with it. Over the next five years, I started my musical career by building a small, local following which expanded nationally, and even internationally.

Q: What can audiences expect to take away from the experience of coming to see your show?

A: They can expect high energy bluegrass. We write all of our own material and we’re very selective about the covers we do. There’s a lot of up-tempo energy onstage that we give to the audience and the audience gives back to us.

Q: Is there anything else you’d like to tell me that I didn’t think to ask you about?

A: We just got back from Africa, touring for the U.S. State Department, and we’re going back in June. It’s a diplomatic mission sponsored by American Music Abroad.