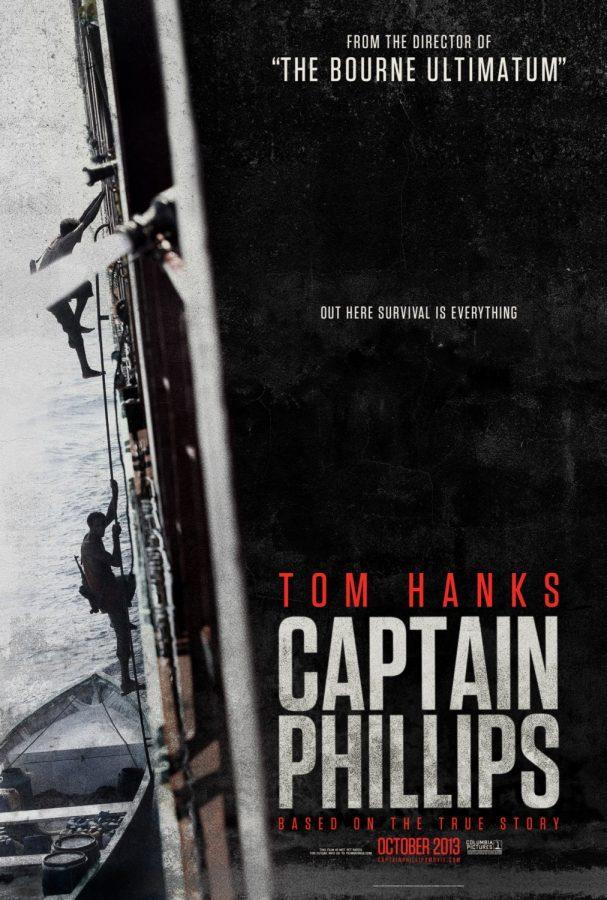 Well, the Oscars have come and gone, folks. I ultimately didn’t end up watching them (I wisely chose to catch up on sleep instead), and considering the only thing I’ve heard about the ceremony is that stupid selfie that broke Twitter, it doesn’t sound like I missed a whole lot. But since I do care about good film (y’know, like Bad Grandpa), I decided to watch multiple Oscar winner Dallas Buyers Club this week.

However, apparently everybody and their mother had the same idea, and my local Redbox was completely sold out of DBC. So I had to settle for Captain Phillips, nominated for six Oscars and four Golden Globes but batting a .000 at both of them. It was like going in expecting a Justin Timberlake concert and then getting Robin Thicke.

Anyways, Captain Phillips is about ship captain Richard Phillips (imagine that), who is leading a ship route around the coast of Africa when it’s ambushed by Somali pirates. Starring Tom Hanks and newcomer Barkhad Abdi, the film’s based on the actual 2009 ship hijacking, though a Google search will show the movie’s taken some liberties with the story (just when I thought I could trust you, Hollywood!).

Despite my disappointment at not getting to watch a transsexual Jared Leto get AIDS, my sorrow was quickly whisked away by Captain Phillips, which turned out to be really freakin’ good. The film’s directed by Paul Greengrass, most famous for his two entries in the Bourne series. Outside of his United 93, I’m not a big fan of Greengrass’ work, but he  shows himself here to be masterful at creating suspense (despite his too-prevalent shaky-cam, which might give some viewers some Cloverfield PTSD).

Out of the 134 minutes Captain Phillips runs for, a good half-hour of that provides some nail-biting tension. The early scenes of Phillips and crew trying to evade the pirates are terrifically effective, and later scenes just about match them. Greengrass doesn’t deserve all the credit here though, all of the actors playing the Somalis are great, and make some frightening, multi-faceted villains. Abdi is particularly good, and more than deserved his Oscar nom. It’s his first film role too, a great start to a career that is sure to be filled with stereotypical roles as terrorists and other African bad guys.

Tom Hanks deserves a thumbs-up here as well. Hanks is in a tough position as an actor nowadays, as he’s so instantly recognizable. Any character he plays is in danger of being overshadowed, and just becoming Tom Hanks. He tries to rectify this here by having a Boston accent; it’s quite distracting and even laughable at times. Thankfully, the accent mostly mysteriously disappears once the film gets more intense, and we’re left with a pretty heart-wrenching performance by the end.

So, in the end, my only qualms with Captain Phillips were minor (seriously, Tom, stahhp with the Bahhhston thing) and the film kept me hooked throughout. It might not be Best Picture worthy, but the nomination is well-deserved and I would venture to say most people should enjoy this. So, if you’re in the mood for some nerve-racking suspense, Captain Phillips is a pretty damn good choice (though Gravity might scratch your itch a little better!).