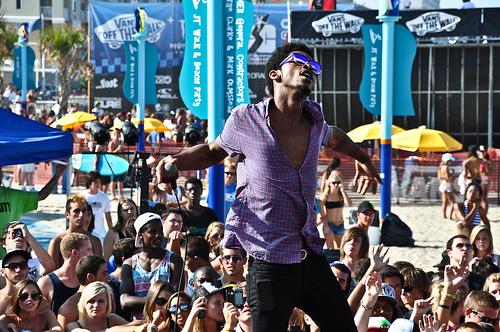 Good Gravy, a bluegrass, indie, jazz group with an all-American feel is exactly who you’ve been looking for if you are in need of some colorful electronic beats with that String Cheese and Yonder Mountain energy. Sharing the stage with Hog Magundy and Tallgrass, this show at the Aggie on March 15 is sure to fix your jam-band needs.

At the young age of 25, Mike Stud — a multi-talented rapper and singer recording in his basement with music every college kid has heard rockin’ in their Dre Beats — comes to the Aggie on March 22 to show us what he’s all about from lyrics that sink deep to those that want to get the party started. Mike Studd will be sharing the stage with Splyt, a native Colorado hip-hop artist and Ronald Mac, an 18-year-old rap artist rising out of Denver.

Come get your electric groove on at Hodi’s Halfnote on March 14 with Papa Skunk, a member of the Mile High Sound Movement and a straight-shooting, electronic producer. He is accompanied by GlodyLoxX, who hails from our hometown band, The Acidophiles. Teaming up with the two DJ’s,  Twoscoops and Wei-Chi Field (ancient tribal beats, anyone?), each of them brings separate feel-good dub step beats with their own unique twists.

Can you sing, “Baby will you be my corona and lime? And I will be your main squeeze?” C’mon, we all know that song. Shwayze, just trying to make a hustle out of rhyme, comes to Hodi’s Halfnote on March 19 to bring us nothing but a fun and up-close and personal laid back hip-hop musical experience. With D-Stylz and MIKE, you will be sure to leave rhyming along with all the tunes that they deliver during the concert.

A unique duo makes up the Birds of Chicago, a band that features different but synchronized vocals from JT Nero and Allison Russel accompanied only by a banjo and a guitar. They sound organic and natural together with mixtures of soul, country and gospel. They bring emotion and depth with a slight sweetness that captivates all. Bringing their blend of voices to Avogadro’s Number on March 15, it is a show not to be missed and never to be forgotten.

The Howlin Brothers, performing at Avogadro’s Number on March 16,  will bring you to the Southern roots of string music keeping their tunes upbeat and fun. It will bring out the tap-dancing, swing-gliding, Jack-and-Rose scene in “Titanic” type moves.

Josh Blackburn, with a low — but controlled — roar of a voice, brings his fiery guitar solos to the stage at Lucky Joe’s on March 14. A dedicated, single-handed songwriter with four albums under his belt is sure to be a real hit for everyone in attendance.

A local Front Range four-piece collaboration with alternative country and rock styles, The Matt Skinner Band brings their high-energy, passion-infused songs to Lucky Joe’s on March 21. Digging deep with intense lyrics filled with life and love, The Matt Skinner Band is the kind of show to go to if you’ve been missing those country/rock roots of yours.