Alumni of the Decade Values Entrepreneurship and Encourages Success 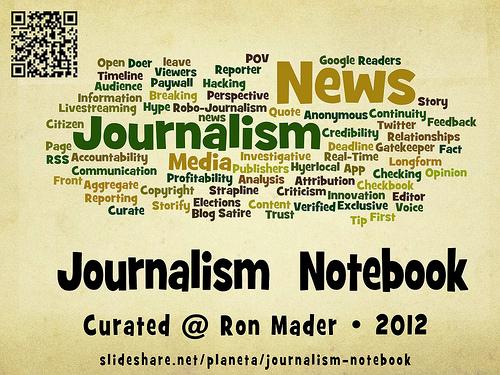 From a young age, J.D. McCartney was excited to begin his career. Just a few short years out of graduation from Colorado State University, he was named Alumni of the Decade, and is thriving in the industry.

“I had big dreams, yet I didn’t know where they would take me or how far,” said J.D. McCartney.

McCartney, a 37-year-old Colorado State University Alumni, has not only made a name for himself but he has co-founded Xstatic Public Relations along with recently being appointed as Public Relations Director at the CFA Institute in New York City.

McCartney grew up in Papillion, Nebraska and at an early age had the drive to pursue Journalism and showed an interest in entrepreneurship.

“I started a neighbor newspaper for my block when I was 10 years old,” said McCartney. “I used to type this make shift newspaper on this old typewriter and my dad would print it off at work and then I would go around selling it for 10 cents.”

McCartney was involved in student media in high school and soon began to look for colleges in Colorado that offered him a chance to further his interest in journalism.

“I felt like I’d like to be in Colorado, I’ve loved the space since I was a kid and I felt really at home when I came to Fort Collins,” McCartney said. “I also got to be pretty close to the Denver Broncos, which has been kind of a lifelong obsession.”

McCartney set out on his journey to Colorado to attend CSU with a major in journalism and technical communications. After taking a combination of a few CSU business and entrepreneurial classes, a new spark ignited in his interest: marketing.

“I wanted to be a journalist but I also loved the entrepreneurial side of things, which attracted me more to business and marketing,” McCartney said. “Public relations was more for me, a perfect blend of mass communication and business strategy.”

Graduating with a Bachelor of Arts degree in journalism and technical communication with a concentration in Public Relations, McCartney began the start of his path to success.

In 1998 McCartney began working at a PR agency in Denver then soon left to pursue the eventual founding of Xstatic Public Relations.

Xstatic Public Relations was co-founded by McCartney and Stacey Sepp, another CSU Alumni, in 2004 and the company continues to thrive. After five years of growing the company in Denver, McCartney took a branch out to the east coast where he stayed for two more years promoting the growth of the company in New York.

After years of hard work growing Xstatic along side Sepp, McCartney was offered a position at CFA Institute in New York as their Public Relations Director. CFA Institute is a global community of financial professionals that assist others in education and ethics concerning the financial industry.

“We have members in 135 different countries,” said McCartney. “It offered the chance to really gain a global perspective on my work.”

McCartney expresses his gratitude for all the opportunities he has been granted and all the experience he has gained since he graduated CSU. Through his experience in the world of public relations he has finally made his way to a job he enjoys.

“I spent 13 years in the PR agency world and what I got to do in that time is sample a variety of industries and see where my interests were,” McCartney said. “Matching up people with the resources to those who need the resources is what makes the world go round.”

In 2008, CSU declared McCartney the Distinguished Graduate of the Decade by the CSU Alumni Association. His hard work and vast dedication not only received attention from CSU but it also made him stand out in an equally impressive sea of CSU Alumni.

“I didn’t realize the incredible level of talent and achievement that was present in the room, it was almost overwhelming to be a part of the group. Everyone was there to basically make the world a better place and it just inspired me,” McCartney gratefully said. ” It was humbling and really inspiring and I will always be grateful to CSU for that experience, my education, and everything it has given to me.”

McCartney describes that finding a personal brand and using that to make yourself stand out among the other job hunters is becoming increasingly important.

“There are so many more options available to your route to success and the ones who adapt to that will do very well and once you are discovered as an indisputable expert on something, you will find an audience and you will find success and the most important thing is to find what that niche is.”

Success is just around the corner and as seen within McCartney’s journey it may not be easy, it may not always be what we dreamed, but in the end it will always be worth it.

“Find your niche and be passionate about it,” said McCartney.  “Do what you love and success will follow.”

College Avenue reporter Abby Westover can be reached at collegeavenue@collegian.com. Look for the Interviewing Guide issue of College Avenue on racks Mar. 12!