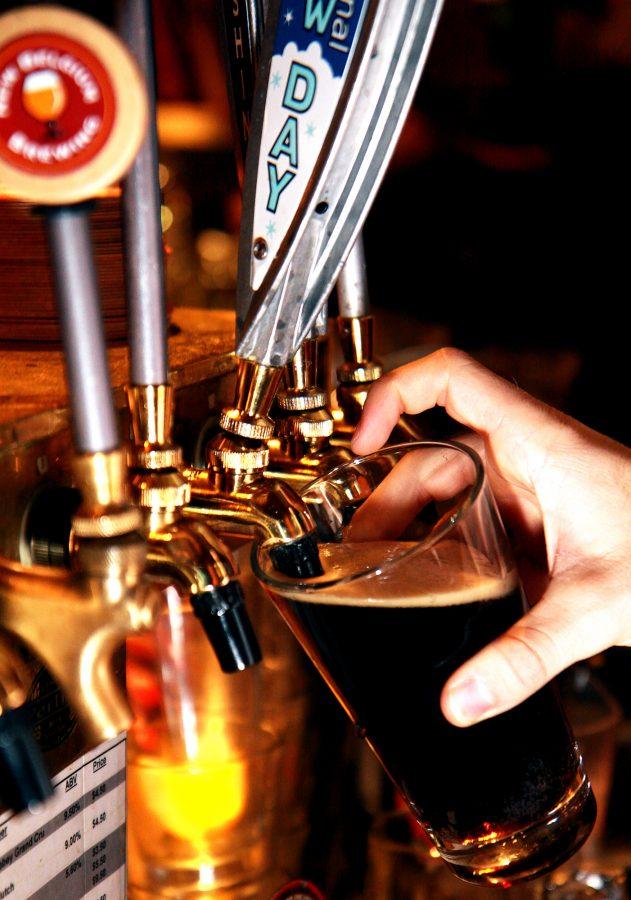 A beer is poured at a local Fort Collins bar. (File photo Collegian)

Recent frigid weather and gusty winds make it the perfect time to cozy up by the fire with a hearty winter warmer. A winter warmer is a high alcohol brew normally spiced with ingredients like clove and nutmeg. It’ll be harder to find the special holiday releases this late in February, but the key is the high alcohol content. Science has proven that drinking alcohol doesn’t actually raise one’s body temperature, but the illusion is all that matters.

With a body as dark as night and a strong coffee aroma, Avery’s The Czar is sure to get the blood flowing. The stout has strong flavors of toffee and molasses with a hint of anise. Don’t be afraid by the high IBUs as this creamy beer is more like a comforting mocha than a pot of pure black and bold coffee. Definitely one of the better Russian Imperial Stouts I’ve ever had.

The smells of a freshly baked loaf of rye bread rises from the burnt copper liquid. Faint notes of wood and grass in the aroma make me picture a cool and relaxing summer day spent on a veranda. Two different kinds of malted rye produce a robust caramel and vanilla flavor. The alchemists at Boulevard created a smooth concoction that blends the fantastic characteristics of both whiskey and beer. This was the first rye beer I’ve had and I’m in love. I could nurse it for an eternity on many a cold night.

Most barley wines I’ve had are nothing but molasses, but this is not the case with Great Divide’s critically-acclaimed Old Ruffian. The dark ruby-red ale emits a powerful hop aroma with a light fruit bouquet. It tastes also extremely hoppy in the beginning but the flavor doesn’t linger. Brown sugar and malts come in to balance the finish. The overpowering hops are a bit much for my tastes, but it is still a solid barley wine and winter warmer.

Epic took their gold-medal-winning Belgian ale, threw in some peach puree and aged it in French Chardonnay casks to make this fruit beer. As expected, a fragrance of candied peaches is prominent in the golden ale. The chardonnay casks lent the beer a refreshing candied peach and white wine flavor. However, the casks are a double-edge sword. The dry finish kills the wonderful tastes before it’s down my throat. The pleasant carbonation is also both good and bad as it makes it effervescent but dangerously easy to forget the ABV. With spring around the corner, this is a great transition beer that’s warming without the weight. I only wish the flavor was more than a flash in a pan.