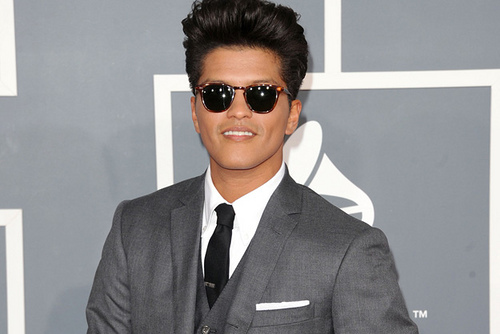 Super Bowl XLVIII was historic for Denver and Seattle, but, for hooligans worldwide, the Broncos and the Seahawks were just the opening act for Bruno Mars, this year’s Pepsi-sponsored halftime entertainment.

MetLife Stadium in East Rutherford, N.J. did not get Beyoncé’s literally blackout performance, M.I.A.’s middle finger to the camera during Madonna’s set, or Janet Jackson’s exposed breast a la Justin Timberlake, but Mars’ show, lacking in controversy, lacked in memorability.

The “Grenade” hitmaker made his entrance in a tuxedo playing the drums to an extended introduction of his soulful “Locked Out of Heaven,” transitioning into “Treasure” amid the on-field fans surrounding the live band upon his flashy stage.

Next, whilst singing “Runaway Baby,” Mars evidenced his expertise as a live performer with vocals as blessed as his studio edits in addition to dancing like his musical inspiration: the late and great Michael Jackson.

After the Red Hot Chili Peppers’ frenzied (and shirtless) rendition of “Give It Away,” more worthy of a co-headliner than a featured spot, threatened to upstage Mars, the stadium screens played a video montage of military men and women reaching out to their families from overseas.

The spotlight highlighted Mars’ heartfelt dedication of his first solo knockout, “Just the Way You Are,” to these brave service members and their loved ones, fireworks abruptly punctuating an ultimately safe half-time appearance.

Indeed, the spectacle was appropriate for an extravaganza of champion athletics and commercials costing a fortune, the shout out to our armed forces was noble and it was certainly an improvement over the Black Eyed Peas’ mess of technical difficulties and bizarre costuming.

Regardless, “well-done” does not amount to “legendary,” and a talent such as Mars.