Love and Relationships: Meeting the Family 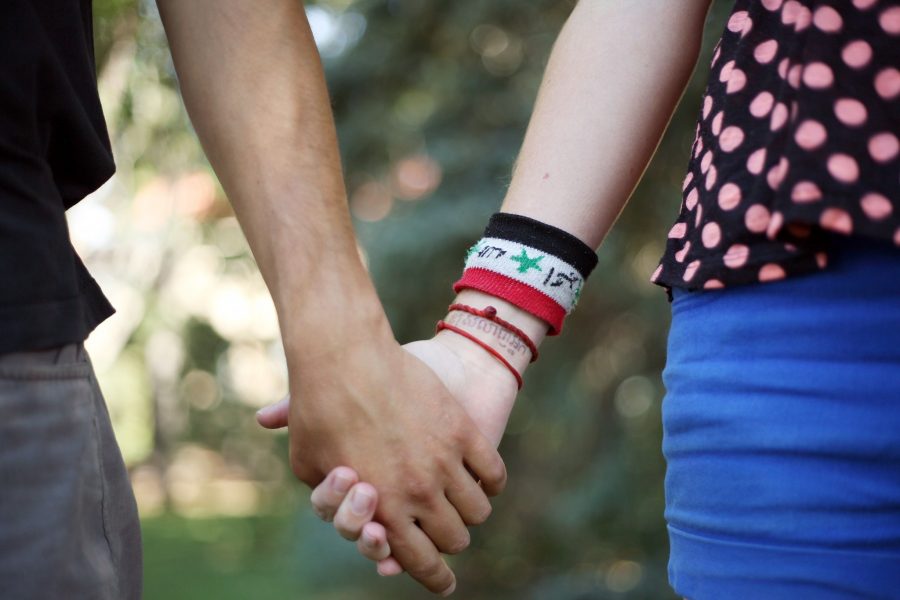 Noah and Stefani Zind backpacked through the middle east in 2009. The recently married couple believes their travels have helped them understand more of the world around them.

Ready for marriage? Some university students — 28 percent — find their spouse while in college, according to a recent study released by Facebook data sciences.

With that number in mind, it can be awfully nerve-wracking when the big moment comes to meet your significant others’ parents.

Will they hate what you wore to dinner? Will they disapprove of your taste in music? Will this determine the future of the relationship?

A couple of CSU students share their encouraging experiences with meeting the parents.

Allyson Dunham, sophomore human development and family studies major, admits she was super nervous for her longterm boyfriend, Nick, to meet her parents.

“When Nick first introduced himself to my dad, he said, ‘Hi, I’m Nick, nice to meet you!’ and my dad just replied,’Yeah, I know who you are,’” Dunham said.

Dunham explains that you just have to get past the initial nervousness.

“When I first met his parents, I was super nervous, but now I am super close with them,” Dunham said. “My dad is getting Nick a job at his work, so they will sort of be co-workers. My parents love him!”

Jessica Noth, junior business administration major, also admitted to being nervous when the big moment came, but said her parents and the parents of her boyfriend, Tyler, embraced their relationship with welcoming arms.

“Of course, just like most other girls, I wanted my boyfriend’s parents to like me, but luckily for me, I think his mom was pretty excited because I was the first girl Tyler was seriously interested in in a couple of years,” Noth said.

Noth’s boyfriend won her parents over by keeping things relaxed.

“The first time Tyler met my parents, he was already cracking jokes and stuff, which helped get past the initial awkwardness,” Noth said.

Noth explains that starting on the right foot can set the tone for the future of the relationship.

“Meeting each others’ parents went really well. In fact, Tyler’s mom said once that she already thinks of me as her daughter-in-law,” she said.

However, for Travis Gore, sophomore civil engineering major, nerves aren’t a problem at all when it comes to this kind of thing.

Upon meeting his girlfriend’s dad, he admits, “I wasn’t really nervous at all, but I never usually get nervous for those things.”

“I’ve spent a lot of time at her house, so I’ve been able to talk to her mom and be around her a lot.”

How does he manage to stay so calm and collected?

“Just be polite and respectful and you won’t have any reason to be nervous,” Gore said.

So when it comes time to meet the parents, remember that you’re not alone, because it’s a big deal for almost everyone, according to these fellow Rams.