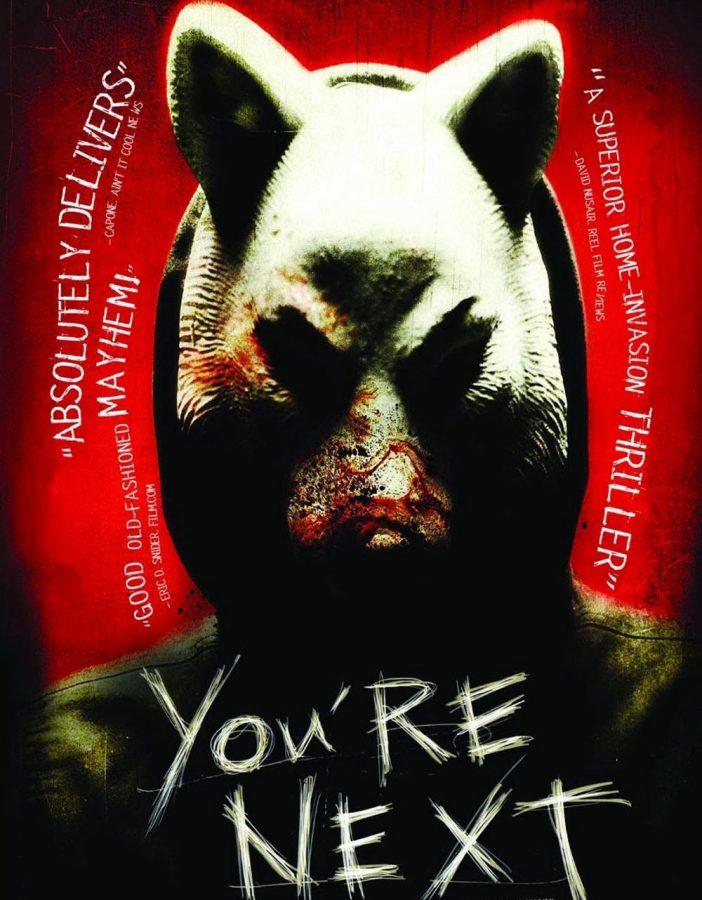 When I was in high school, I once had somebody attempt to convince me that Piranha 3D was a serious horror film. For those of you who have not had the pleasure of witnessing the masterwork that is Piranha, it is a film that contains policemen shooting fish out of the air with shotguns, CGI penises getting chomped in half, and a two-minute naked underwater lesbian make-out session set to “The Flower Duet.” Trust me, nobody involved in the making of that film was ever under the delusion it would terrify people.

But that’s the problem with horror comedies. Companies don’t know how to sell them so they pretend they’re straight-up horror flicks. Then, stupid teenagers go see it, hate it, complain to their friends about how dumb it was, and the film flops at the box office and people lose their jobs. This happens all the time. You know how many people I’ve talked to that thought Drag Me To Hell wasn’t a comedy? Too many.

The latest victim of the horror comedy conundrum was You’re Next, released back in August (though it was actually made in 2011!) to a weak audience reaction and an even weaker box-office return. The film, which involves a sweater-toting, bourgeoisie family whose reunion is ruined by a group of mysterious killers with crossbows and animal masks, has now been released on DVD and will hopefully find a cult audience it failed to find in theaters. Because it’s really good.

You’re Next gets off to a rather pedestrian start, with your usual pre-credits killing sequence and about half an hour of exposition. You might immediately get turned off by the film; the acting is incredibly understated and quiet and it all feels quite amateurish for a theatrically released film. But get past that and the film gets to be a helluva good time around the half-hour mark.

You see, this isn’t a satire like The Cabin in the Woods or an over-the-top gorefest like Piranha (though the film is incredibly bloody and not for the squeamish), but instead a really dry dark comedy. The dialogue is laugh-out-loud funny at points and the family interactions are fantastic. Add to that a pretty effective twist near the end and one of the most badass female leads in horror film history, and you’ve got yourself a pretty solid flick.

But You’re Next isn’t just that. It also serves as a critique of the high class, showing the family’s complete ineptitude at handling the situation they’re in, bickering amongst themselves and falling into hysterics instead of doing anything constructive against their enemies. Plus, it’s briefly mentioned the head of the family works for the government, and the only character that comes off as slightly competent is the lower-class, independent female (who also happens to be a foreigner). Call me crazy, but it seems to me this cliché slasher flick has more than its share of social commentary!

It’s not as game-changing as The Cabin in the Woods and it’s not as fun as Piranha, but You’re Next is another worthy entry in the millennial horror comedy pantheon. If you want a good laugh with your jump scares, this is a good choice. Just please don’t be that person who thinks it’s a straight-up horror film (like, seriously, Drag Me to Hell has a wisecracking talking goat for God’s sake, it’s not supposed to be scary . . . sorry, it’s a soft subject).

P.S.: Horror filmmakers Joe Swanberg and Ti West both make an appearance here; Swanberg is the funniest actor in the whole movie and if you haven’t seen West’s The House of the Devil, you’re missing out on one of the best horror films of the decade. Just sayin’.