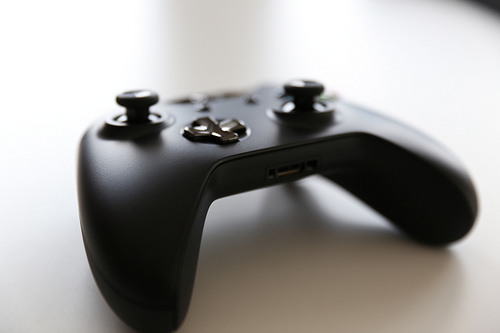 The gaming industry has evolved a great deal since its humble beginnings as a primitive computer program displayed on an oscilloscope. Consumers spent over $20 billion last year on video games, accessories, and hardware. Today, there are video games that I wouldn’t have been able to comprehend just 10 years ago. Video games have made leaps and bounds both in technology and in gameplay innovations. Despite this, I am troubled by many recent trends that plague the industry.
DLC
Downloadable content (DLC) has become a fixture in modern gaming. It is quite remarkable how, in a relatively short amount of time, DLC has evolved to its current form. However, its current form is terrible. Much of my disdain for DLC stems from the phenomenon of “Day 1 DLC”, which is when downloadable content is available the day the game comes out. To me, this means that the content could have shipped with the game, but the developers and/or publishers felt that we should have to pay more to play that part of the game. This isn’t even addressing the issue of on disc DLC, which is rare (I can only think of Street Fighter X Tekken and Beautiful Katamari right now), but is the same issue. DLC, other than map packs, character skins, and useless upgrade packs that are often preorder bonuses, tend to be terrible. There are exceptions, such as Grand Theft Auto 4’s superb DLC campaigns and the Elder Scrolls series’ DLC expansions, but most pale in comparison to the actual game.
Microtransactions
Microtransactions are much like DLC, only it adds nothing. Microtransactions, meaning in-game purchases, used to be confined to free-to-play games, which, if done right, didn’t affect the gameplay at all. However, they are now commonplace in retail games. Yes, you can buy a game for $60 and then pay more money in-game to advance faster. This is present in many games available today, including Ryse: Son of Rome, Forza 5, and Gran Turismo 6. I think that paying to do better in a game defeats the purpose of playing a game in the first place and nickels and dimes the consumer. But hey, at least you can’t accidentally spend $100.
Shoehorned Multiplayer
A recent trend in gaming is to try to be Call of Duty. Since Call of Duty sells millions of copies solely for its multiplayer, every game wants to be “the next CoD”. At least that’s what I see. Because of this, we see every game getting a multiplayer mode. Games like God of War Ascension, Tomb Raider, and the Assassin’s Creed series have gotten multiplayer modes that are uninteresting and unnecessary. Some games have great multiplayer, but other games don’t work well with other people. Sometimes they just feel derivative. The resources used on multiplayer could be better spent on making the single player parts last more than six hours, which leads me to my next point…
Short, Unmemorable Single Player Campaigns
I miss when a game’s single player campaign didn’t take an evening to beat. Many games I’ve played recently have extremely short campaigns. Tomb Raider was about nine hours long. God of War Ascension was a torturous eight hours. Most Call of Duty games last around six hours. Games like The Last of Us and Bioshock Infinite have a decent length as well as incredible stories, but most games manage to skate by with short single player sections and lackluster narrative. It seems like we’re getting less and less for our money. I think there’s a lot of great games out today with good single player campaigns, but many big budget games are skimping on the single player sections.

I have other gripes about the gaming industry, such as DRM, gimmicky hardware, and the concept of consoles, but I feel like these issues are serious enough that they’re affecting the industry as a whole. I still love playing video games, but these trends could be a telling sign of a worrying future. Be a smart consumer and don’t buy games with gimped single player or unnecessary multiplayer. Don’t buy bad DLC that is either released at the same time as the game or is just plain terrible. Most importantly, just say no to microtransactions.