Spend your evening with Colin Mochrie and Brad Sherwood 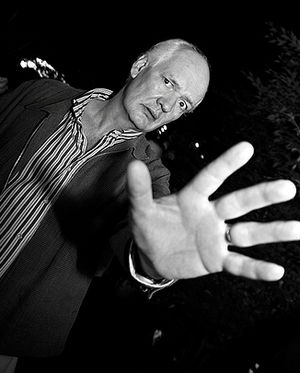 World-renowned improvisational comedians Colin Mochrie and Brad Sherwood, known for their work on the Emmy-nominated British and American television show “Whose Line is it Anyway?” take their “Two Man Group” tour to Fort Collins’ Lincoln Center.

The duo got bit by the comedy bug at a young age and have never stopped. After moving to Los Angeles in 1987, Sherwood did an improv workshop that changed his life.

“The clouds parted and I said, ‘This was what I was meant to do’,” Sherwood said. “I’ve been doing it ever since.”

For Mochrie, he discovered his purpose after performing in “Death and Life of Sneaky Fitch” for high school.

“The first laugh was like a hit of some kind of drug,” Mochrie said. “I knew it was what I wanted to do—to have that feeling all of the time.”

Mochrie and Sherwood have been on the British “Whose Line?” since 1992 and the American version since it began in 1998. Both shows had the same producers and a nearly identical cast, so the transition was smooth and easy.

“The only difference was in Britain, there was no censorship,” Mochrie said. “It was very odd to go from something where everything was fair game. Because of that, I think we didn’t actually go into horrible places.”

In the first season, there was a censor in a booth watching the live performance who would announce over a loudspeaker when something would not work.

“Drew [Carey] didn’t like the censorship and would he get upset,” Mochrie said. “So, the next twenty minutes would be unusable because he would introduce every game using a word that can’t be used on television.”

The following season, they decided that they would wait until after the show for the producer and censor to come to an agreement. Rather than cutting out an entire scene, only a few bleeped words were necessary most of the time.

Five years before the cancellation of “Whose Line?”, Sherwood and Mochrie created their two-man tour.

“I was doing a two-man show with a buddy of mine,” Sherwood said. “It was going really well so I approached Colin and said, ‘Hey, we could do these nice big theaters if we team up and do the same sort of show.’”

Mochrie said, “Brad and I found out we worked well together and the show was good. We just kept at it. Ten years later and we’re still doing it.”

The tour gives them a vast amount of creative freedom that they did not have on television.

“The games on “Whose Line?” have to sort of fit in a three to five minute format between commercials,” Sherwood said. “So we have to keep it super tight and fast, whereas on our live show we can bring audience members up and let it go crazy a little bit longer.”

Both Mochrie and Sherwood thoroughly enjoy being on stage, especially as a traveling duo.

“I loved doing “Whose Line?”,” Mochrie said, “but it’s no substitute to being on stage, in front of a live audience, and coming up with a show before our very eyes. It’s always fun and it’s always exciting.”

Colin Mochrie and Brad Sherwood will perform Two Man Group from Dec. 5 – 7 at the Lincoln Center Performance Hall. Tickets are $44. Go to http://www.fcgov.com/lctix/ for more information or call the box office at 970-221-6730.