Report: Study Cube safest place to be during tornado 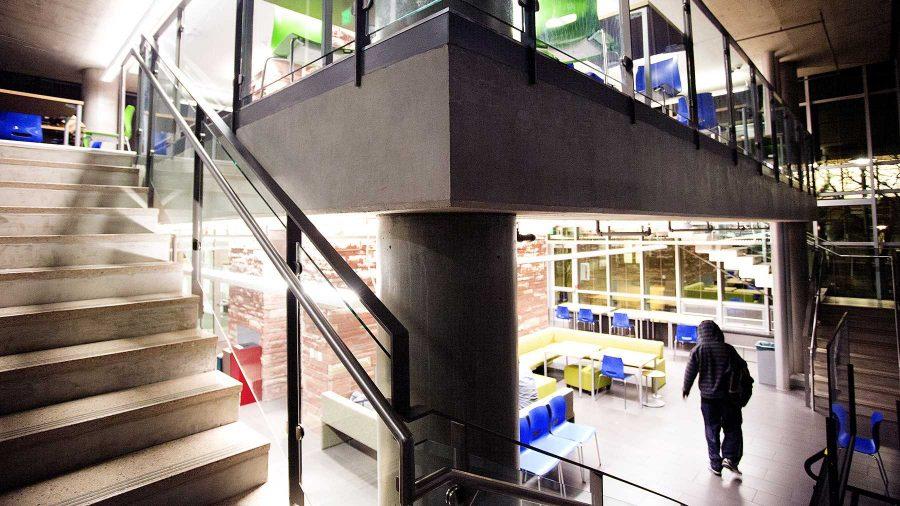 The Study Cube starts to dwindle in capacity as the night progresses and students finish with their studies. The Cube has 24/7 access with a student ID, wireless internet, and laptop checkout.

Editor’s Note: The Water Closet Weekly will be featured in the Collegian every Tuesday.

A new study conducted jointly by the Meteorology Club and the Public Safety Club has found that the Morgan Library Study Cube is the safest place to be on campus in the event of a tornado.

Rebecca Meyer, the President—and only member—of both clubs was quoted as saying, “I wasn’t sure if I was prepared for the responsibility of leading two official CSU clubs, but I think it’s fair to say I pulled it off.”

Meyer then held up a hand that went tragically un-high fived for several minutes.

In reaction to the study, a recent petition has gone up urging CSU to convert the cube into a full time storm shelter. In an exclusive interview, we spoke to the concerned student behind the petition.

“After seeing the studies done by both the Public Safety Club and the Meteorology Club, I knew my group had to take action,” said Student Activism Club founder, Rebecca Meyer. “I know both groups very well and am willing to negotiate with them on anything. This can’t be a partisan issue. The only thing standing between 30,000 lives and imminent death is a small, rarely utilized cube made entirely of glass.”

The online petition to convert the Study Cube went live last night and calls not only for the conversion of the cube, but also for enough mattresses for every enrolled student to cower beneath.

In spite of widespread support however, there has been some opposition to the proposed conversion.

“It is literally a glass cube,” said President of the CSU Contrarian Club and Rebecca Meyer’s arch nemesis, Emily Resner. “There are so many better places on campus to convert into a shelter. My suggestion would be Ingersoll.”

Resner then gazed off into the distance, and said, a single tear running down her face, “No just God would let that happen twice.”

In a press release, Meyer replied to critics by saying, “Those who find the cube’s conversion a waste of time and resources simply aren’t taking the hard economics of the situation into consideration. We already built the Cube, someone might as well start using it for something.”

Collegian Guest Columnist The Water Closet Weekly can be reached at entertainment@collegian.com.