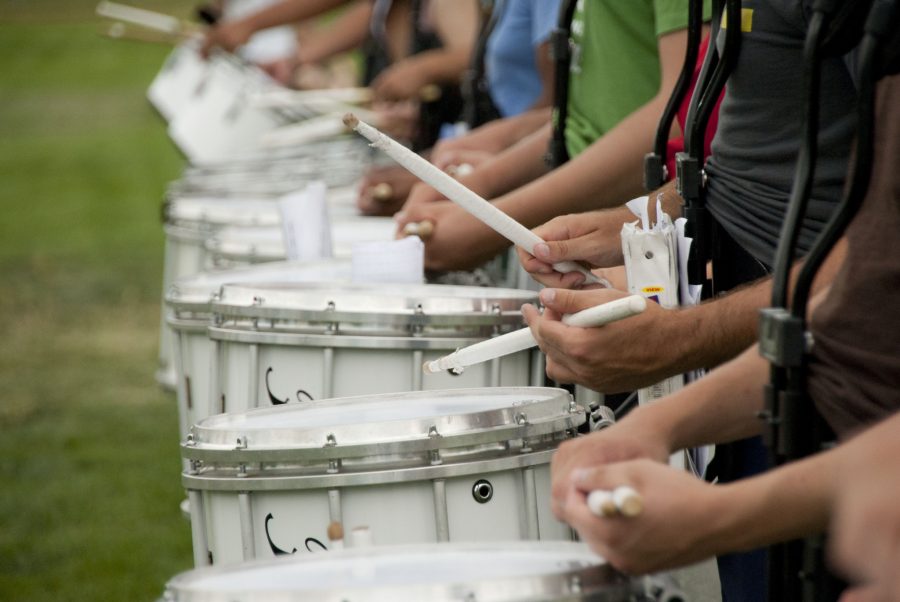 The CSU marching band is offering aspiring band students the opportunity to feel what it is like to be under the big lights. This year’s annual CSU band day is happening Saturday, Nov. 9 while the Rams play the Nevada Wolf Pack at Hughes Stadium. The CSU marching band invites high school marching bands across Colorado to perform with them during the CSU halftime show.

“Basically we use it as an outreach to work with high school bands in Colorado and also a recruiting effort on our end,” said Copper Ferreira, band coordinator at CSU. “I think it’s a great opportunity for us to show high school students what being in a marching band is like in college and also the sense of community that our band has as a group on campus.”

In the past, CSU Band Day has hosted up to 600 high school students.

“It’s a really enthusiastic group of students which I always appreciate,” Ferreira said. “They can give me a more positive perspective because they love what they do and it’s contagious.”

CSU geology major, Patrick Bowles, has been a tuba player with the CSU marching band for the past three years. CSU Band Day is an event he looks forward to every year.

“What I like best about being part of the CSU marching band is the people I get to meet and the experiences I get to have,” Bowles said. “It’s fun to see these upcoming musicians play in such a big crowd because they don’t usually play in crowds that big.”

Graduate Teaching Assistant for the CSU band, Robert Darragh, hopes to be the director of his own high school band in the future and will hopefully bring his students to CSU Band Day.

“It’s good for the kids,” Darragh said. “CSU is a role model looking at kids and giving them something to shoot for.”

CSU band day reminds Darragh of similar events that inspired him when he was younger.

“I see things that I want to instill in their lives that made a big difference in my life growing up,” Darragh said.

Working to inspire students throughout the community is what being a Ram is all about.

“It will be a great day to be a CSU Ram,” Darragh said.

More information about getting involved with the CSU Marching Band can be found at www.bands.colostate.edu.