Giving Thanks Your Own Way 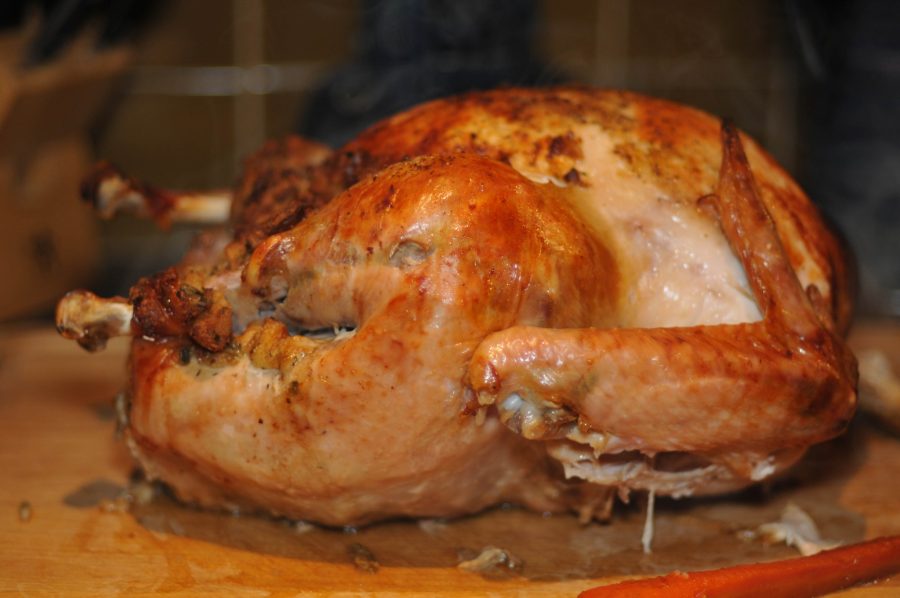 As students eagerly await Thanksgiving — the historic feast, the family reunions, the football games, the spectacular parade and the break from school — not all of them honor the American holiday the same way.

For vegans like Spencer Downing, sophomore human development and family studies major, the classical turkey dinner is not a possibility.

According to Downing, Thanksgiving 2007 is what inspired her to become a vegetarian. She witnessed the emptying of the organs from that year’s turkey and then eventually went full vegan in the spring of 2013.

“My mom doesn’t make the turkey dance in front of me anymore,” Downing said, “so that’s good.”

According to Downing, she eats vegetarian chicken nuggets and gravy without any turkey in it. Her mother does not agree with her lifestyle and does not like to make exceptions, but that does not stop Downing from enjoying Thanksgiving her way.

“Thanksgiving is an excuse in my family for us to indulge in unhealthy foods,” Downing said.

Like many out-of-state students, Emily Stewart, sophomore music therapy major, does not travel home to Nevada for Thanksgiving because winter break comes only three weeks later. It is more cost-effective to visit her family once, during the longer of the two vacations.

According to Stewart, her mother, father and brother usually cook their annual meal together with family friends. Because her immediate family is in Nevada, she has been unable to participate in this childhood tradition, but she eats with her grandmother, aunt and uncle who live in Fort Collins.

And yet, according to Stewart, she misses certain details about the original ritual, such as eating Cap’n Crunch cereal every Thanksgiving morning alongside her parents and sibling.

Sometimes the circumstances of college prevent students from honoring Thanksgiving at all. This is a common experience for graduate students, according to CSU alumna Kalyn McGinnis.

McGinnis graduated in May 2012 with a Bachelors of Science in psychology and now pursues a Ph.D in cognitive psychology at University of Notre Dame.

According to McGinnis, Notre Dame is a private school, so Thursday and Friday of Thanksgiving week are their only days off — this makes a flight home less feasible.

Typically, the festivity has been a family affair for her, but, as a graduate student, she describes it as “eclectic.”

McGinnis said she and her peers hosted a potluck the week before Thanksgiving 2012, but it was nothing as ornate as the conventional supper. It was mostly an opportunity for them to get together because not a lot of them could go home and they did not know anyone else in the community.

“The purpose and value of Thanksgiving gets lost,” McGinnis said. “Grad school doesn’t feel like home around the holidays. It’s hard to get into the spirit of things when you’re in the middle of nowhere.”

According to McGinnis, she was invited to her advisor’s house that year, where she ate Italian cuisine along with ham and stuffing with his family and other undergraduates who had nowhere else to go. They watched the parade and football. This year, she has no plans.

Whether you end up eating Cap’n Crunch, Italian food, or spending it with fellow students, Thanksgiving is what you make of it.