Free my mind: Artpop, you make my heart stop 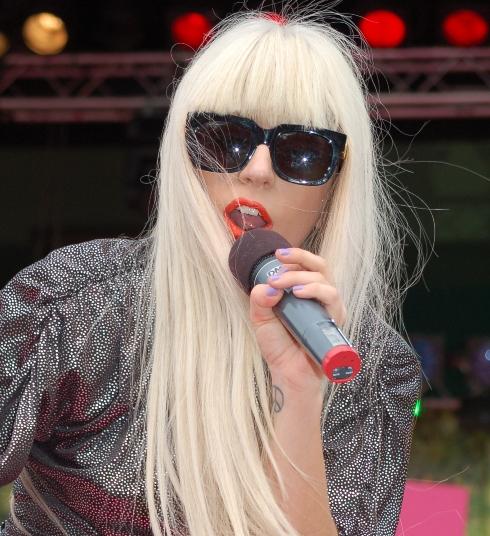 Four singles, three albums, two years, and one debilitating hip surgery later, Lady Gaga’s newest release, “ARTPOP,” has generated much anticipation since the 2011 announcement of an upcoming album. The album definitely rises to meet the hype.

“ARTPOP” is the songstress’ third full-length studio album, and fourth album overall, if you count her 2009 extended play “The Fame Monster.” Initially, it was planned for a late 2012 or early 2013 debut, but, due to a disabling hip injury sustained during the “Born This Way Ball” world tour, Gaga’s development of the project was postponed while she recovered.

A smartphone app supporting the production, also titled “ARTPOP,” is available as a free download alongside the purchase of the album. Through the app, fans will be able to create and publish original content, interact with Gaga across a social media landscape, and listen to new music as she upgrades the app over time.

After the release of the singles “Applause” in August and “Do What U Want” featuring R. Kelly, “Venus,” and “Dope” in October and November, Gaga has given a diverse taste of “ARTPOP” to audiences nationwide. The songs range from an electronic dance track to an R&B number and even includes a stripped, minimalistic ballad of raw passion and confession.

Gaga tweeted that the artpop genre is her interpretation of Andy Warhol’s pop art movement, explaining that he turned mass-produced popular culture artifacts into artwork, whereas she is contributing to pop with high culture works of art.

“I am an art popist,” Lady Gaga said on Instagram, “I assign art to things that are popular, I place new meaning on that which already exists.”

“ARTPOP” is a passion project for Mother Monster, having written enough material to possibly release a second volume of the album. It draws its inspiration from the literature of L. Frank Baum, the Renaissance, cubist and surrealist paintings of Sandro Boticelli, Pablo Picasso, and Salvador Dali, the sculptures of Jeff Koons, the performance art of Marina Ambrović, and postmodernism altogether.

The order of the songs is arranged in such a way as to tell a journey narrative, one which Gaga invites listeners to apply to their own lives however they please.

True to her pattern of reinventing her aesthetic around each new era of her career, “ARTPOP” is a concept album, a synthesis of each phase in the pop star’s artistry. It features Warholian commentary on pop culture and the media from “The Fame,” the dark, autobiographical confessions of “The Fame Monster,” and a message of liberation.

“ARTPOP” also marks a departure for Gaga from her usual established themes. Arguably, it is her most experimental endeavor yet. Although she has been vocal about writing her own lyrics, “Venus” is her first time producing one of her own records. In “Jewels N’ Drugs,” the audience is able to witness the pop diva sing hip hop with featured rappers T.I., Too $hort and Twista.

“ARTPOP” transforms Lady Gaga into an interactive cultural entity, but leaves her as fun and as thought-provoking as ever, encouraging togetherness and happiness. Join the movement.