Console Wars: The Next Generation, Wii U 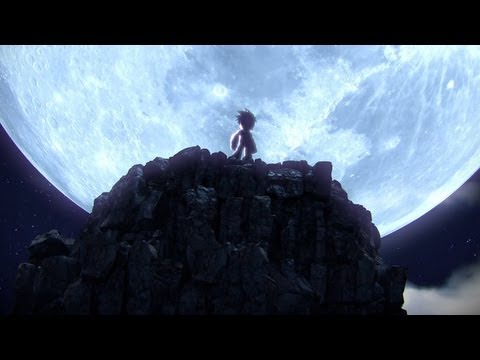 With the Xbox One coming out later this week and the Playstation 4 selling a million copies, it’s easy to forget that Nintendo already has a new console available. The Wii U has been out in North America for a year today and, despite a very rough start along with confusion about its name, the system looks like it could have a promising future. Gamers have been wary to adopt the Wii U for many reasons, but with the Xbox One and Playstation 4’s prohibitive price tag, the Wii U looks like a cheaper way to get into the new gaming generation.

Compared to the Xbox One and Playstation 4, the Wii U does not look very good. However, compared to current generation consoles, it looks far more comparable and even outperforms the Xbox 360 and Playstation 3 in certain areas, such as RAM. The Wii U is Nintendo’s first HD console and, much like the Wii, feels behind Microsoft and Sony in terms of the power of the console.

Nintendo specializes in creating unique experiences with their consoles and the Wii U certainly offers a new experience. The main controller has a 6.2 inch touchscreen on it, a camera, microphone, and all of the mainstay buttons, such as four face buttons, two shoulder buttons, two triggers, and a menu button. The Wii U can also use Wiimotes and Wii U Pro Controllers, which look like Xbox 360 controllers with a different layout.

The Wii U has had a drought with its game releases since it came out. The launch window was littered with updated ports, such as Ninja Gaiden 3: Blood Razor, Tekken Tag Tournament 2: Wii U Edition, and Deus Ex: Human Revolution Director’s Cut (though this was delayed to October). It had some hits, such as Nintendo Land, which was included with the deluxe package much like Wii Sports, and New Super Mario Bros. U, which was well received by critics, but there were still few takers. Today, there is a wider variety of games available, such as Pikmin 3, The Legend of Zelda: Windwaker HD, and The Wonderful 101, as well as many ports of current generation games. There are several games on the horizon, such as Donkey Kong Country: Tropical Freeze (Feb 2014), Super Mario 3D World (Nov 22), Bayonetta 2 (2014), and the mysteriously named X (2014).

Of course, those aren’t all the games coming out soon. There’s one very important game that single-handedly justifies the purchase of a Wii U. Yes, I’m talking about the new Super Smash Bros. Super Smash Bros. Melee is still one of my favorite games of all time and, though I disagree with some of the design choices, I still love Super Smash Bros. Brawl. Needless to say, I can’t wait until this game comes out, especially since they finally made my dreams come true and added Mega Man. This game won’t be out for a while, as the developers haven’t announced a release date beyond “2014… probably…”, but for anybody who is a fan of this series, this is a reason by itself to buy a Wii U.

As of today, the Wii U has a decent catalogue of games, as well as several very good games coming out in the future. It might not be the epitome of graphics, but for 360 and PS3 owners, it should look similar, if not slightly better. With the price tag of $300 with an included game, the Wii U looks far more appealing than either the Playstation 4 or Xbox One right now. It’s games library is still a little lacking, but there’s far more titles than the Xbone or PS4. I won’t say that it’s a must-buy right now, but it’s worth considering if you like Nintendo games and don’t feel like paying extra for the brand new consoles.