Listen to Larimer Chorale’s Ludwig at the Lincoln Center 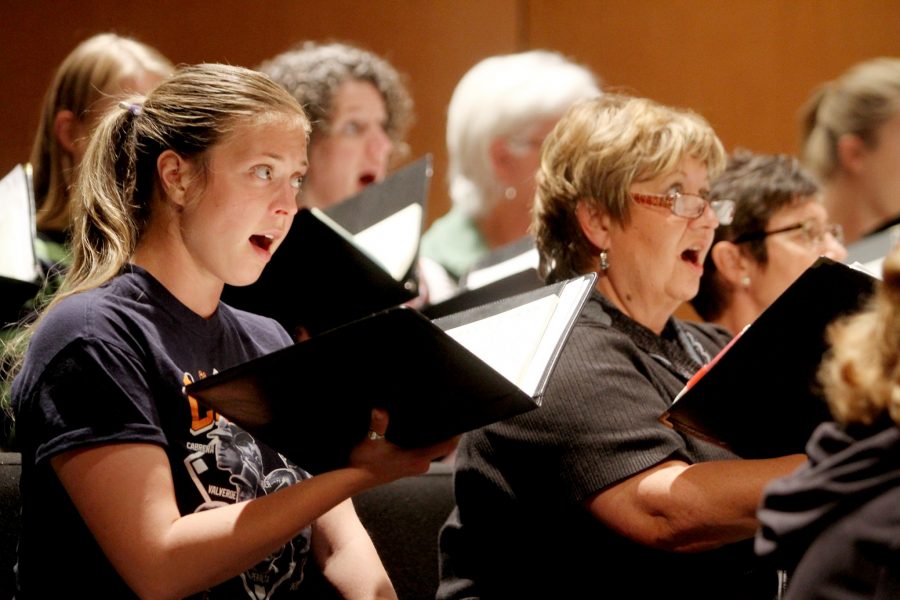 This Sunday, October 20th, the Larimer Chorale will be starting off their 37th musical season with a performace at the Linclon Center titled, Immortal Beloved Beethoven. The show will rise and fall with rythms of Beethoven's inspiring works, sung by talented Fort Collins community members of all ages.

Spend your weekend evening by having the orchestral and vocal works of the immortal beloved Beethoven wash over you. The Larimer Chorale will sing selected works from Beethoven at the Lincoln Center this Sunday.

Michael Todd Krueger, conductor for the Larimer Chorale for a decade, has been practicing with the singers since August. Krueger joined the Larimer Choral because he was attracted to how dedicated they are to choral masterworks.

“Beethoven is exciting, rhythmic and quirky,” Krueger said. “He is one of those transitional composers that’s too volatile for classical and too outside of the box for Romanticism.”

The night will begin with the orchestra-only Coriolan Overture, followed by the Elegischer Gesang, and then the Mass in C Major.

“The mass is an undiscovered gem. It’s five separate movements in Latin, which would have accompanied the liturgy. There’s a nice contrast between movements.”

The performance will close with The Hallelujah from The Mount of Olives, Beethoven’s only oratorio.

“Ending with The Hallelujah is upbeat and lively rather than the traditional slower ending of a mass.”

Tiffany Blake Oliver, soprano and assistant voice professor for CSU, sings a solo for the Mass in C Major.

“I think Beethoven is one of the greatest composers who ever lived, but he didn’t write much for solo voice,” Blake Oliver said.

“The format is different. It’s more cut and dry, while the others have more room for personal interpretation,” Blake Oliver said. “This mass is really beautiful and I really like singing the benedictus with the quartet.”

“Beethoven’s music is a universal language that speaks to everyone,” Krueger said. “It’s timeless. After more than 200 years we’re still performing his work.”

Entertainment Reporter Jefferson Geiger can be reached at entertainment@collegian.com.