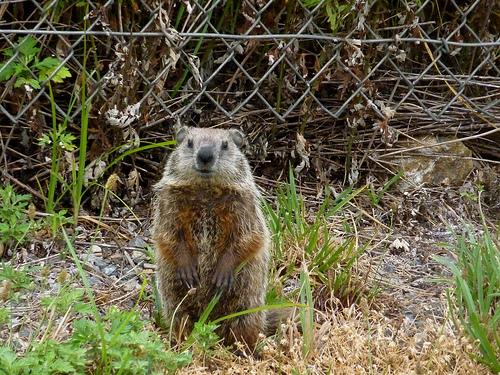 Based on the 9/20 RamTalk – How much wood would a woodchuck chuck if properly motivated? Editor’s note: This column is satire. As far as you know.

A problem has arisen at Colorado State that requires immediate attention. Stacks of wood have piled up everywhere, but there is nobody who possesses the know-how to chuck it off campus. The FBI, National Guard, British Special Forces and even Phil from Chuck E Cheese headquarters couldn’t quite figure out a way to chuck the wood. We needed someone who could chuck — no — would chuck wood. That’s why we hired the expert: Wesley Woodchuck, the wood-chucking woodchuck.

CSU knew that Wesley Woodchuck could chuck the wood, but that he would want a little something in return. We offered him a timeless collection of embroidered Persian doilies, but he declined. We offered him the finest Russian furs and linens, but again he declined. Finally, we offered Woodchuck a fresh bed of hay and alfalfa to lie in and, to our delight, he accepted. He chucked all of our wood and campus is finally wood-free.

“Wesley Woodchuck is my hero!” Finnigin said. “He chucked all the wood that a woodchuck could and at a fair price too! Much cheaper than Bernard Beaver would have been.”

“I don’t know,” Oland said, “I’ve met a few shifty woodchucks in my time and Wesley ain’t no different. Just where exactly is he chuckin’ that wood? It all just seems a little fishy to me.”

For now, it’s safe to say that most students are happy with the way Wesley Woodchuck handled things around here. To answer the age-old question, “How much wood could a woodchuck chuck if a woodchuck would chuck wood?” it has been determined that he would chuck all the wood that a woodchuck could if properly motivated by the Colorado State University decision makers and Emergency Response Team.

Entertainment writer Davis English can be reached at entertainment@collegian.com.