Drink a beer, save a dog 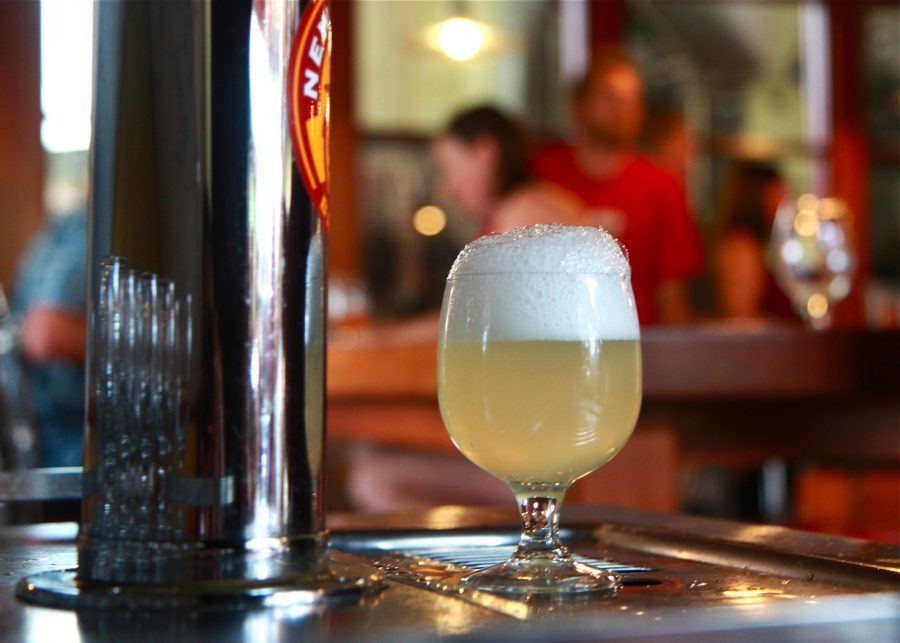 How can one not help but salviate to the sight of this cool, refreshing New Belgium beer? Fort Collins residents and the like will take over the streets this Saturday to drink good beer and show their excentric side during the annual Tour de Fat.

You either love beer, love dogs or you’re a liar. There is no gray area here.

With that in mind, you might consider attending the fifth annual Fall Harvest Brewfest at the Lincoln Center (417 Magnolia Street), which will be running Friday, Sept. 6 from 7 to 10 p.m. The event will include 40 breweries and micro-distilleries with food pairings and live music by Steve Murray, followed by Winchester Holiday. The proceeds will go toward Animal House, a Fort Collins dog shelter.

There will be local offerings from the likes of Fort Collins Brewery, Odell Brewing and Black Bottle Brewery, as well as lesser-known spirits from Verboten Brewing, Altitude Spirits (organic) and Strange Brewing Company.

There will also be food trucks on the curb just outside the Lincoln Center, including the beloved Waffle Lab.

Bill Almquist, owner and general manager of The Waffle Lab, said, “Someone I knew approached me, a friend of mine from the Animal House shelter.”

That friend, whom Almquist knew growing up in Pomfret, Conn. turned out to be none other than Ali Eccleston, the executive director and co-founder of Animal House.

“It sounds pretty fun. I’ve never attended myself,” Almquist said. This doesn’t seem likely to change this year, since Almquist will be busy vending waffles outside the event, but Almquist seemed OK with that. “It’s something I’m a base supporter of,” he said.

In addition to vending at the event, Almquist said, “A percentage (of the food trucks’ profits) goes toward Animal House.”

On co-founding Animal House, Eccleston said, “My entire life, I’ve wanted to help animals. This seemed like a very natural way to do it.”

A few years back, she continued, “Brian (Hurst) and Cari (Frank) approached us — they were looking for a beneficiary so they approached us — and we thought it was a great idea. Beer and dogs, that’s everyone’s two favorite things.”

Brian Hurst, executive director and co-producer of Brewfest said, “We saw an opening for a focused event that could bring brewers and a great non-profit together.”

Hurst also said, “(We’re hoping to increase) awareness for Animal House and what it does, and that everyone has a great time.”

There are measures in place, including bike racks, Yellow Cab and discounted hotel rooms, to ensure everyone gets home safely.

As Almquist said, “It should be fun.”

Tickets will be $37.50 for general admission, which gets you a commemorative tasting glass for unlimited beer and spirit sampling. Other pricing can be found at fcgov.com/lctix.

Entertainment editor Em Kribs can be found at entertainment@collegian.com.