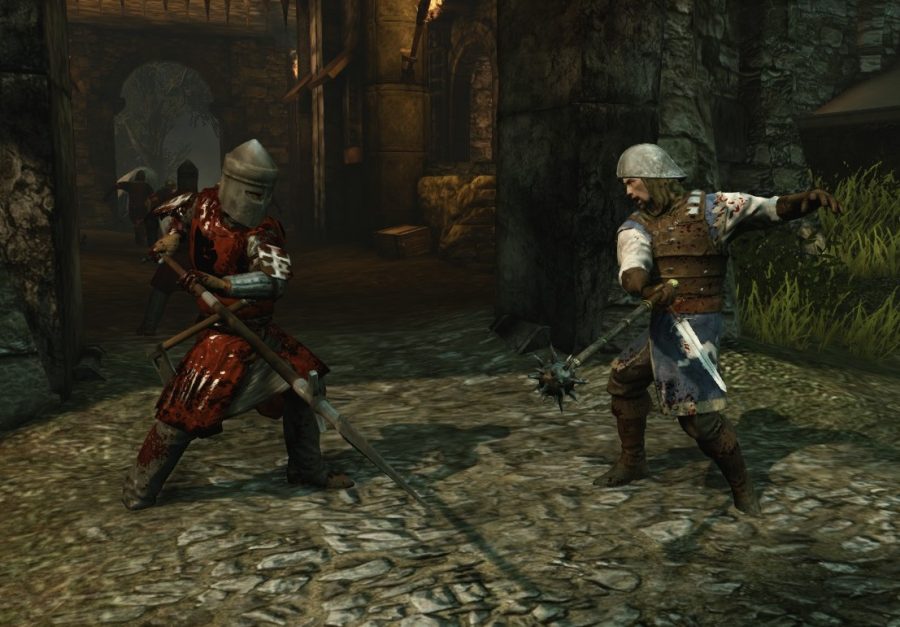 You should play: “Chivalry: Medieval Warfare”

Have you ever wondered what it would have been like to be a soldier in the battlefields of medieval Europe? This week, we’ll look at “Chivalry: Medieval Warfare,” a PC game that pits players against each other during the Middle Ages with all of its brutal combat and elaborate fighting techniques.

“Chivalry: Medieval Warfare” was originally released in October 2012 thanks to a successful crowd-funding “Kickstarter” campaign. The developers, Torn Banner Studios, recently announced that they are teaming up with SpikeTV’s “Deadliest Warrior” to create an expansion that pits the legendary Samurai against the feared Spartans and other fabled warriors of history.

The game takes place in a fictional universe where two countries are locked in a bitter, endless war: The Agatha Knights and the Mason Order face off throughout the game. The lore of the game is quite bland, but that’s not why most people are playing it; the combat is where this game really shines. The game is set in the first person perspective with a deep melee combat system that revolves around using horizontal, vertical, and stabbing attacks as well as blocking.  You can interrupt your attack mid-swing to try and trick your enemy into blocking too early, only so you can swing again in a different direction and hit them in their opening (otherwise known as feinting). You can chain attacks together in order to maximize your chosen weapon’s capability of reach, damage and swing speed. For example, a mace will have a much shorter reach than a spear.

The combat feels very tight and responsive once you get the hang of its controls, and makes for an excellent time as limbs and heads fly from your slain opponents. Variety comes from the four different player classes that you can choose from. There’s the archer with the long ranged attacks, the man-at-arms with lighting fast attacks who can also dodge incoming attacks, the knight — a slow and but heavy hitting class — and the vanguard, which is essentially a mix between the knight and the man-at-arms classes. Each class has its learning curve and all of them are incredibly satisfying to play and have unique unlockable weapons with different capabilities that alter the play style.

Chivalry’s deep and rewarding combat system always leaves you feeling like you can improve and hone your skills, which makes dueling against other, more skillful opponents a lot of fun. Ultimately, that’s what keeps you coming back to the game. I would highly recommend “Chivalry: Medieval Warfare” to anyone who is looking for a fun, yet challenging multiplayer-based game and who is interested in the medieval.