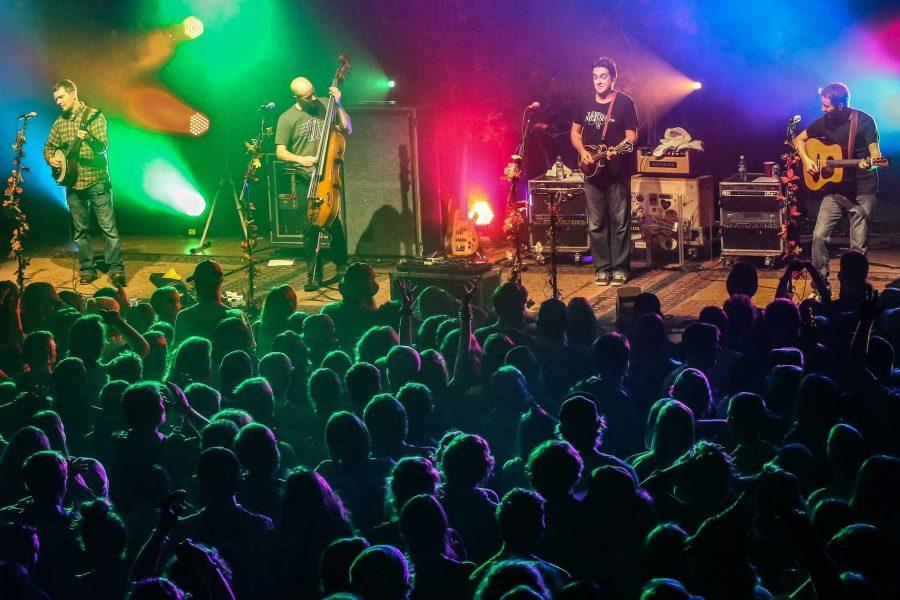 The 10th Annual Wakarusa Music Festival heads back to Mulberry Mountain in Ozark, AR for the fifth time starting next Thursday. With wonderous mountains, raging rivers and a jam packed lineup including tons of artists big and small from all ranges of the music spectrum, Wakarusa is sure to pack the maximum amount of enjoyment possible into a single weekend.
For those with early entry passes things will get going on Wednesday. These individuals will be granted access to the camping areas a day before music starts, to set up camp, hike, raft and explore the picturesque Mulberry Mountains before music and general festivities get going the following day.
Come Thursday things really get rolling as general admission attendees will be granted entry to the festival grounds. The music kicks off at noon with a festival opening set by Wakarusa Winter Classic winners Mighty Shady and it all rolls on from there. Thursday artist highlights include Yonder Mountain String Band, Galactic, The Black Crowes, STS9 and tons more. Also some smaller local Colorado acts like the Magic Beans, the Motet and Papagoya will take the stage throughout the day and into the night.
The jam powered vibe of Thursday rolls straight into Friday with early sets from Mountain Standard Time,
Soap, SOJA and Umphrey’s McGee as well as tons more. The mood then takes an electronic turn into the night with the second STS9 set in two days, along with performances by Zeds Dead, Shpongle, Minnesota, Figure and others playing early into Saturday morning.
Saturday brings a huge set late in the day from much anticipated festival headliner Widespread Panic. Building up to this will be variety of music performed throughout the day including Gogol Bordello, Del the Funky Homosapian and Rebelution.
After Widespread throws down for
three straight hours, Umphrey’s takes the stage once again for a late night set followed by various other sets going until 7am the next morning.

Sunday marks the final day of the festival but things will be far from slowing down with music getting rolling funky-jazz inspired Genome. Other notable performances through the day include Old Shoe, Cherub, Griz and more. Snoop Lion will take things into the final night which then concludes with performances by Quixotic, Amon Tobin and finally EOTO.