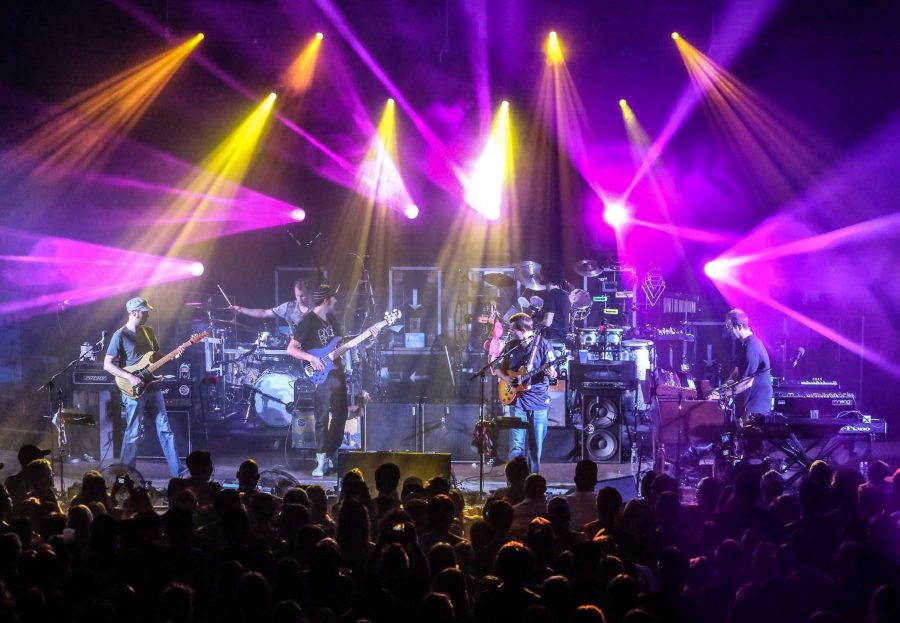 Tomorrow marks the beginning of the 13th annual Summer Camp Music Festival in Chillicothe, IL. The 4 day music and camping festival will get things started tomorrow evening for early arrival “Pre-Party” attendees with an opening night headlining performance from Cornmeal as well as shows from Family Groove Company, Digital Tape Machine, Minnesota and Cosby Sweater featuring Joel Cummins of Umphrey’s Mcgee as well as many other Jam, Bluegrass, Rock and Electronic performances throughout the day.

Things truly get going when doors open for general admission attendees Friday morning. Festival headliners Umphrey’s Mcgee and moe. will have their first performances of many throughout the weekend. Also hitting the stage will be Medeski, Martin and Wood, Yonder Mountain String Band, STS9, and Keller Williams with More Than A Little just to name a few. And if you’re looking for some smaller bands to check out Tumbleweed Wanderers, Zoogma and Papadosio will perform on some of the smaller stages and tents throughout the festival. Into the late night, moe. and Yonder Mountain String Band will take their jams to the Red Barn for those lucky few able to snag a late night pass. Otherwise Cornmeal’s Allie Krale and Friends will be playing the Campfire stage, followed by the Wood Brothers until around 4am.

The festival really starts heating up on Saturday when Cornmeal and Tea Leaf Green get things started early. Throughout the day other performances include Karl Denson’s Tiny Universe, Thievery Corporation, The Werks and Conspirator along with tons of others. Come nightfall, Umphrey’s Mcgee and moe. take the stages again playing back to back double sets that will have festi-goers sprinting across Three Sisters Park to catch every possible second of each headlining act. Into the late night, STS9 and Big Gigantic with Griz and Gramatik take over the Red Barn for the night while the annual “Psychedelic Carnival” featuring various electronic artists along side live flow art performance from Quixotic and the Masquerade Hoop Troupe enthrall’s onlookers in the Vibe Tent.

Just when it seems like it’s slowing down, Sunday comes along with the best daily lineup of the weekend. Umphrey’s Mcgee gets things started with their final performance of the weekend which segue’s to the annual moe. acoustic set on the Starshine stage. Continuing on throughout the day will be Lettuce, The Avett Brother, Jimkata and Big Boi plus many more. To close out the final night in Chillicothe, the Trey Anastasio Band will throw down two huge sets followed by a final set of moe. to close it out just right. And for those who still haven’t had enough, Thievery Corporation and Zeds Dead finish things up in the Red Barn while Ganstagrass and Henhouse Prowlers close shop on the Campfire stage.

With morning yoga everyday, tons of workshops, speakers and awesome tunes Summer Camp is sure to have a little (or A LOT) of something for everybody this memorial day weekend. For the full schedule and lineup, tickets and more head over to www.summercampfestival.com.