The Rocky Mountain Collegian • May 3, 2013 • https://collegian.com/articles/aande/2013/05/csu-asap-hosts-harry-potter-magical-ball/ 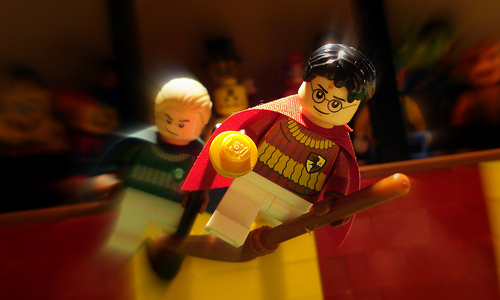 Friday is a night for every young heart that believes in a world full of magic; the Association for Student Activity Programing at CSU will be hosting their first ever Harry Potter Magical Ball.

Wear your best dress robes and do not forget your broomstick! (You should actually probably not bring a broomstick.)

There will be a feast that includes Cockroach Clusters, Chocolate Frogs, Butter Beers and more.

At 6 p.m. the LSC Theatre will be transformed for the night into Hogwart’s very own Great Hall; this will be a magical night nobody wants to miss.

“The students around campus and on social media have been talking all about this event,” said Courtney Harrison, event co-coordinator for ASAP. “Harry Potter has been the most popular book series of this generation.”

However, the Harry Potter books have become much more than just a series over the years. People of all ages across the world can connect through these books, and that is a brand of magic in itself.

“This is a chance for students to share something they love with others,” said Vincent Ibarra, event co-coordinator for ASAP.

According to Ibarra, the themes and decorations for the Ball were inspired by Universal Studio’s Harry Potter World in Florida.

“We are encouraging everyone to dress up in wizard robes,” Ibarra said. “Anything to celebrate Harry Potter!”

The Ball will include a special demonstration from the Boggarts, CSU’s very own Quidditch team.

Jordan Romero, CSU graduate and captain of the Boggarts, founded the team in the fall of 2011.

“It’s a really great way to get together with others who love the same thing I love,” Romero said.

Quidditch is played as a collegiate sport across the world. The International Quidditch Association was started in 2007 and can now be found at most colleges.

To name a few of Colorado’s, there are the Boulder Basilisks, the Denver Dementors and the Greeley Golden Griffins.

Each year there is even a Quidditch World Cup, which was held in Florida this year.

Although she will be handing over her captaincy this year, Romero said, “We have a very good group and I am excited to see where they go.”

The Boggarts are always looking for new players and can be best contacted via Facebook.

Through the Harry Potter series, author J.K. Rowling has created a real-life world of magic.

For Romero, and most kids of this generation, it shaped the way she saw the world. “I fell in love with magic,” she said. “While Harry was discovering his world, we were discovering ours.”

Tickets can be purchased at the LSC information desk, or online at www.LSCtix.com.

Music and Performing Arts Beat Reporter Peyton Garcia can be reached at entertainment@collegian.com.