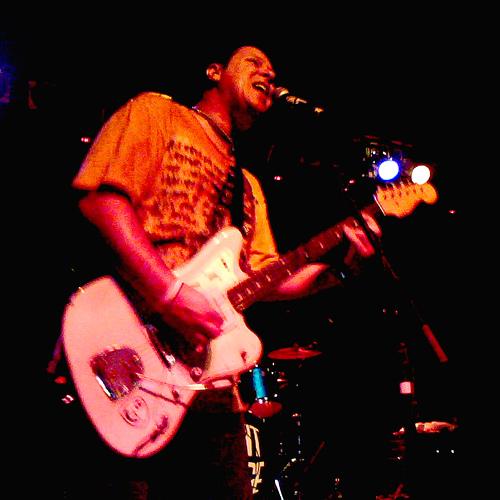 FoCoMX is back, and better than ever.

A band desperate to play in Old Town put up a set, complete with one extension cord and very illegal status, in the center of Old Town.

“We started playing and a small and energetic crowd of homeless people — what I presume were — came and watched us,” said Jason Prapas, lead vocals, electric and acoustic guitar, banjo, whistle and accordian for Ambassador Wolf. “It was incredibly touching because one man put $5 in my guitar case and insisted that we take it. With which I bought Caleb an ice cream cone.”

Except now they’ll be playing in a festival of 240 bands at 24 venues over two days.

For Ambassador Wolf, an indie/alternative band comprised of engineering graduate students, being a part of FoCoMX is coming full circle to that night.

The festival, along with all things local music, is also celebrating its fifth birthday — a major milestone for a festival that began in the living rooms and basements of the founders.

“It’s a lot more professional since the beginning, but this festival is very grassroots; when we started, it was out of our living rooms for the first few years,” said Greta Cornett, co-founder of FoCoMX.

This year, FoCoMX has scaled itself back a bit with hopes of creating a more professional and organized event.

“It had gotten so huge, and we always try to get better with documentation, so at some point we can keep it sustainable for a long time to come,” Cornett said.

Over the years the festival has also gotten more support from local businesses, including venues that are now more supportive of local music according to Cornett.

“It gains more support every year. And we’ve seen a ton of bands pop up that never existed,” Cornett said. “It’s really cool to work with places. A lot of the venues don’t always have local music, but you put it in there and a lot of the time they will do local music throughout the year.”

The price of tickets has gone up $10 from last year, making it $30 for a wrist band, but Cornett explained that all of the proceeds go straight to the musicians.

“The main reason for the increase this year is to pay the bands more money. Any money made at the festival is used to pay our local musicians.And honestly, if you bought a pre-sale, the price was only $5 more than year one and the same price as last year,” Cornett said.

“I think it’s a lot of money for a college student to put down on anything,” Prapas said. “But if you look at the value of what you’re getting, if you know two bands then you get to see ten bands.”

Cornett has been here since the beginning, even with the creation of the Fort Collins Musicians Association.

“When we started FoCoMA, it was at a time when the music scene had highs and lows. We really wanted to find out what muscians needed to try to get the scene up,” Cornett said.

According to Cornett, one of the reasons FoCoMX was started was to showcase the music that exists in Fort Collins and to give artists a chance to check out other local bands.

“A lot of the time it’s hard to see other bands when you’re constantly playing shows, but it was about the community as well,” Cornett said.

Danielle Hastings, marketing and volunteer coordinator, pointed out that FoCoMX is one, if not the only, completely grassroots music festival in Colorado.

“When you really look at it, FoCoMX is not the only full-scale festival, but (one of the only) completely grassroots non-profit festivals. It’s all run by volunteers,” Hastings said.

To manage the festival, 350 to 400 volunteers are needed to be door checkers, production assistants and even MCs.

The festival has genres from children’s programs to hardcore punk to indie alternative.

“Fort Collins is a diverse and eclectic place in general. We want to showcase all different kinds of music,” Hastings said. “Everybody’s got a different taste, and it’s kinda cool that maybe you’re not generally into bluegrass but you’ll check out a band at a venue that you might already be at.”

Marc Baumgardner, backup vocals, acoustic guitar, and animal sounds for Ambassador Wolf, thinks the music scene as more of a co-op than anything.

“Fort Collins has such a disproportionately large music scene that you can get to know the people and the bands,” Baumgardner said. “That band to band interaction is so helpful, more of a co-op … here as soon as someone gets to any level, they want to bring someone with them.”

For the guys from Ambassador Wolf, their top picks for the weekend are Fierce Bad Rabbit, Honey Gitters and Mosey West.

Cornett is playing in three bands this weekend, including Mama Lenny and the Remedy, 12 Cents for Marvin and The 3 Twins.

Hastings is looking to jam to the Lindsey O’Brien Band, Dead Floyd and Widow’s Bane.

“We’re connecting people together in a way that’s hard to do with peoples’ busy lives. When FoCoMX is happening everyone gets together to have fun for a weekend,” Hastings said.