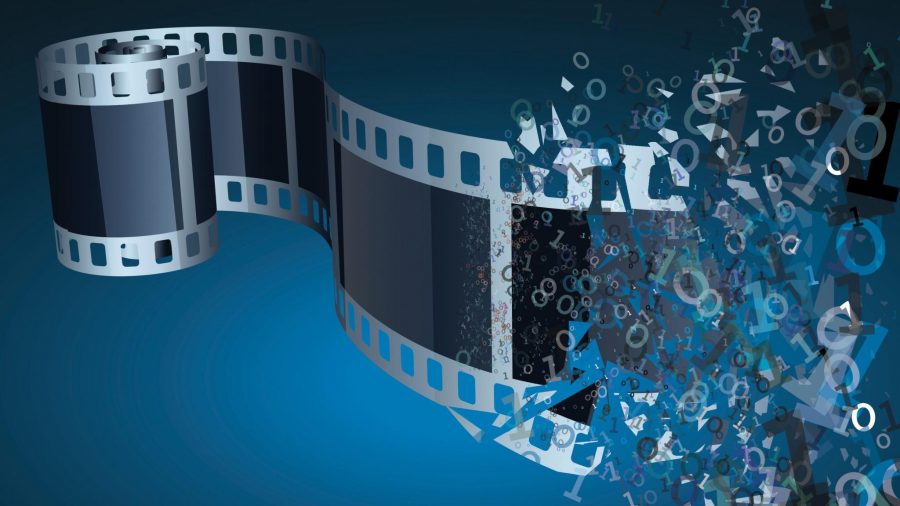 Local is the word, or rather the song, at The Lyric Cinema Cafe in old town Fort Collins.

The film venue is celebrating its sixth birthday April 6 through April 11, and it just so happens that a ton of new changes are in the works for The Lyric as well.

“I had an epiphany that if we want to be a sustainable business, we have to do more with what we have,” Ben Mozer, owner of The Lyric, said.

The theater will be saying see ya to 35 mm film and transitioning to an all-digital format with the playing of the last 35 mm film, “Black Dynamite” beginning April 5.

“Black Dynamite” (2009) is a spoof of 1970s action films. The story is about a former CIA agent who seeks revenge for the death of his brother at the hands of malicious drug dealers.  The film uses a special filter to look like it was actually filmed in the 70s which makes it all the better to celebrate 35mm film.

The new format includes Barco digital projectors from Belgium and a new and improved audio and speaker system.

Because of the new format, The Lyric was at risk of closing last summer if it weren’t for the generous donors in Fort Collins community.  The Lyric created a kickstarter campaign to fund the transition giving away free tickets, t-shirts, and movie parties to donors.

The importance of the new format comes with the release of the first Lyric produced film called “Whensday.”

“We’ll be able to make our film and show it on the same format as any other film. It adds an air of legitimacy,”  Mozer said.

The venue will also be changing their menu into an entirely local menu supplied by LoCo Food Distribution, a company that Mozer’s wife, Elizabeth, began.

“It seems silly we buy things not from LoCo. We’re going to design a menu with all kinds of crazy stuff,” Mozer said. “We’ll have local yogurts and granola, which is one of the more plain vanilla things we’re offering. But we’ll have peanut butter and jelly paninis with espresso almond butter, too.”

“We want to feature food artisans with the products that they make … I don’t think any one else has a 100 percent local menu,” Mozer said. “It’s been a nut I’ve been trying to crack for a while.”

Mozer is also planning on involving local high school and college students who are interested in film in creating promotions and advertisements for The Lyric to play before movies.

“We can take some of these kids’ products and actually show them in a commercial environment,” Mozer said.

He hopes that this project spurs a larger movement of people experimenting with video production and all sorts of production to help fill out the gaps between what Fort Collins has now in local film and what could be in the future.

“What’s nice, now that the businesses are involved, they now have an invested interested. It’s artsy, but we all have a business brain going on here. None of us think that art for art’s sake is going to fly,” said Wildrose Hamilton, lead actress, art director and costume designer for “Whensday.”

A series of local animated shorts are set to be released as well. They were created by filmmakers all over the state, beginning Mozer’s hunt for all local films to be shown at the theater.

“We want to bring in as much local programming as possible, even if some of the quality of the stuff isn’t as high right now,” Mozer said. “It never will get to be higher quality if it’s not allowed the opportunity.”

Brandton Manshel, owner of GNU, said, “The more we support each other, despite any differences or clearly marketable’ connections, the better the town will be.”

In all of these local ventures, The Lyric hopes to be the driving force for the film culture in Northern Colorado. To do this as efficiently as possible, Mozer is teaming up with others to create a production company dubbed NoCoast.

“My theory is that film is the gap between pop culture and high culture. It’s the glue that ties those two things together,” Mozer said. “Without a good film culture or a multimedia art culture, you don’t have a thriving high culture or a pop culture environment to grow things in.”

Hamilton first came up with the name of the production company based on a collective effort to disprove that art from anywhere besides a coast is not a legitimate art community.

“The idea is that we love you New York, and we love you LA, but we’re from no coast. And we don’t have to be; build it here,” Hamilton said.

This is especially true now that the Colorado Film Incentives Program is in full swing.  The program, established in July 2012, offers a guarantee loan program that could finance up to 20% of a feature film made and produced in Colorado.

Ultimately, Hamilton and Mozer want to keep the talent in Fort Collins and show to the community that FoCo has an art scene that’s worth it.