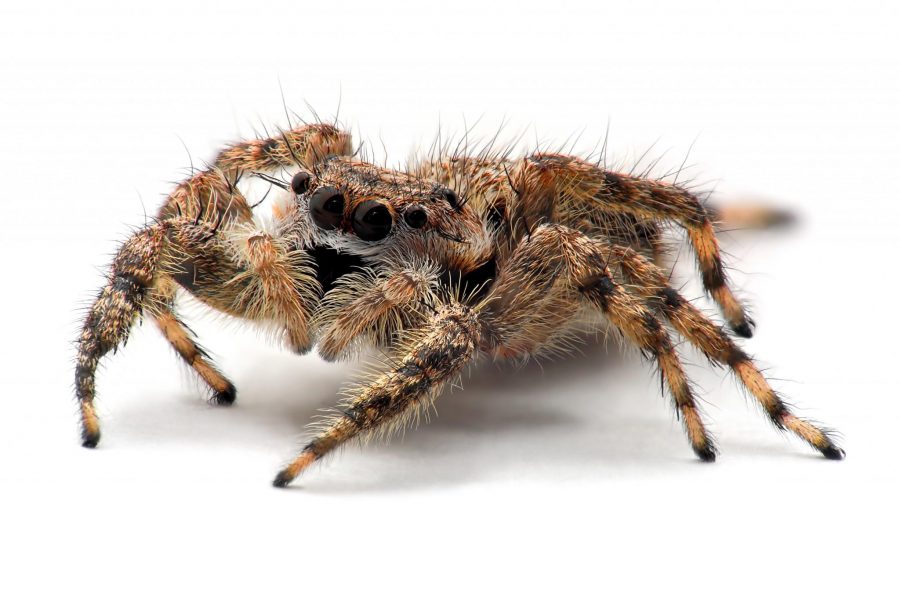 Based on the Feb. 22 RamTalk — “The kid in front of me currently has a spider crawling on his back and no one is telling him, including me.”

It is a well-known fact that spiders are the scariest life forms to ever walk the planet on their many, many legs. They have hairy limbs, eight eyes, piercing mandibles and enormous egos. They know they bad. One student, however, has defied the laws of nature by taking it upon himself to care for one of these creatures.

Sophomore Landscape Architecture major, Logen Wolde, began caring for a helpless arachnid during his three-hour lab on Wednesday. The spider seems to have grown accustomed to Wolde and spends most of the day crawling awkwardly up and down the back of his shirt. While other students have seen the 8-legged arthropod, they have not told Wolde because they are afraid that he may become defensive about his choices.

“Ew, like, a spider for a pet?” Wilums said. “Why can’t you just be normal and get a dog or something. But, I mean, whatever. I don’t even want to talk to him about it.”

When asked to comment on his eight-legged friend, Wolde had some wise words to add.

“Holy s**t, there’s a spider on me?” Wolde said. “Get that thing off of me! How long has that been there? Why did nobody tell me that was there?”

Wolde immediately swiped the spider off of himself; it was nowhere to be found since. It most likely crept into a dark corner to harass its next victim. Spiders should never be pets.