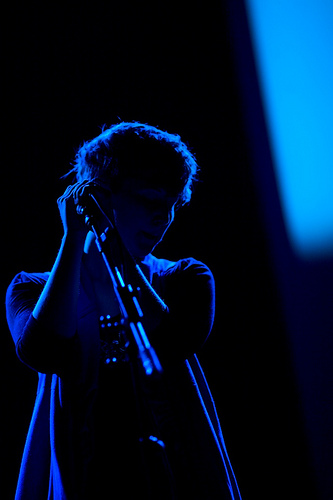 Fifteen minutes before this interview, Mark Anderson, the drummer of Paper Bird, arrived home in Denver after a three-week tour.

“I just woke up and we were in Denver. It was crazy,” Anderson said.

Paper Bird, an alternative folk Colorado band, is coming to the Aggie Saturday, March 23, to bring their new album, “Rooms,” to Fort Collins. The show starts at 8 p.m. and is $10 at the door.

The album will officially be released March 26, which isn’t stopping them from having a release party on March 22 at the Oriental in Denver and playing the Aggie the next night.

Their show at the Aggie will be with L.A. band He’s My Brother She’s My Sister, who they toured with, as well as Austin, Texas band Shakey Grave.

The tour included 19 shows in 21 days, six sold out shows and around 7,500 driven miles. To get them through the tour, the band bought a 36-foot RV.

“It’s like a moving apartment, living in this little space together, we cook together. It’s really just kind of living together but going 65 miles per hour,” Anderson said.

For Shannon McGee, a senior dance major, is a fan of Paper Bird after she saw them twice her freshman year.

“I really like the three girls that sing. They have their own tones, they’re very earthy and bluesy,” McGee said. “And tying those with the wonderful bearded men and their instruments. Give me some beards, fedoras and banjos and I’m sold.”

Paper Bird is excited to jump back on the touring bandwagon with their new album.

“I feel like this album really represents who we are way better. We’ve stepped into a new sound,” Anderson said.

Their old sound, according to Anderson, pulled more from traditional folk music. This time around, more influences and an increase of maturity can be found.

“This album we’re pulling — whatever the hell it means — an indie aspect. It’s a more alternative folk sound,” Anderson said. “We’ve pulled a lot of African influences, blues, country. It’s kind of an array of influences and sounds that come into it.”

“It’s hard, we have our … sounds that we can be compared to, but it seems like so many bands have their own twists, and to be honest we’re still discovering what that is.”