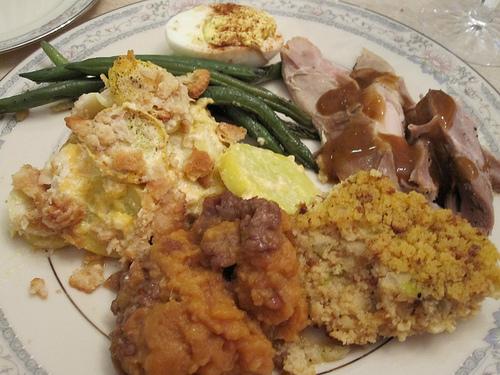 Based on the Ramtalk: “You know you’re out of shape from Thanksgiving when you break a sweat walking from the parking lot to Clark.” – Originally in 11/28 Collegian

Thanksgiving is that wonderful time of year when we fill our bellies and hearts with good food and fun. However, new data released by the FDA indicates that we may be filling our sweatbands and cankle (calf-ankle) regions as well.

In the calorie-consuming binge that many American citizens partake of every holiday, most people are unaware that they are actually prepping themselves for a sweaty and uncomfortable couple of weeks. It is during these weeks that American citizens do most of their heavy breathing and perspiring. The CSU campus is feeling the effects.

Senior Engineering major, Kev Bott, was out of town for Thanksgiving, and returned to an unfamiliar sight around campus.

“Man, people’s thighs have more thunder than the Thundercats,” Bott said. “I saw a kid break a sweat walking from his car to class! Bro, what happened?”

Although students may have gotten out of shape, there is help around the corner. Lemme Burn Dem Cals is a new exercise program offered through the CSU Rec Center. It is similar to the Insanity Workout, but not quite as insane. The goal of the program is simple: to get CSU students active again after their gut-busting Thanksgiving breaks.

Sophomore Graphic Design major, Maddie Mawriss is an instructor of the program, and a raving fan as well.

So far, the Lemme Burn Dem Cals program has been wildly successful. Cankles are down a whopping 51 percent and muffin tops have declined almost 35 percent to boot. Students are also reporting less perspiration after taking the stairs in Clark. The result: a healthier and happier campus with less sweating and less heavy breathing.

For more information, visit the Rec Center website, or go to one of the classes on weekdays from 8 to 10 p.m.