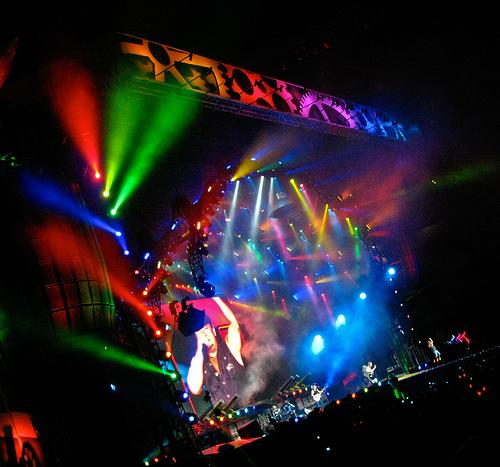 What’s different about this weekend, however, is a few concerts that are being sponsored by local non-profit SpokesBUZZ in a show called BandSwap. Their mission is to switch up the music scene a bit this weekend and have Fort Collins bands swap with bands from other cities.

Among the numerous opportunities to rock/dub/sway/MountainGrass your face off, the concert that is crowned the best for this weekend is Whitewater Ramble and Fierce Bad Rabbit at the Aggie Theatre Saturday night.

Whitewater Ramble is sure to set a scene to get down with an entire quintet of a mandolin, fiddle, acoustic guitar, upright bass, drums and vocals. With this incredible musicianship, they are surely not to disappoint. FBR has had countless amounts of coverage, and with their viola and indie folk that is dripping with energy they will absolutely bring a show to the Aggie not to miss.

Although the Whitewater Ramble show is the clear winner, there’s a wealth of other live music taking place around town this weekend.

Tonight, the Poudre River Irregulars (Dixieland) and Jody Adams and the String Dudes will be playing at Avogadro’s Number, a great place to kick back and eat some decent food while listening to a local band.

Road 34 Bike Bar will be hosting K.Flay (aka Kristine Flaherty). K.Flay hails from Chicago and is a hip-hop/indie rock artist that has degrees from Stanford. If you want to challenge your views of hip-hop (or, more specifically, hip-hop from Stanford), Road 34 is the place to be on Friday night.

At GNU, Little Owl, a synth pop indie rock group that is sure to bring a party, will be performing. Playing with them is one of Fort Collins highest held indie rock groups, Sour Boy Bitter Girl, along with Ned Garthe who are described as a Teenage Acid Party.

Denver’s the Foot. is making its way to Road 34 Saturday as well. The Foot. infuses heavy guitar with pure rock and brazen sexual energy.

Sunday night Say Anything, a pop-punk band that harkens back to high school angst with the song, “Wow, I Can Get Sexual Too,” will play the Aggie. Many people looking for a sentimental night or dedicated fans of the group will be glad to know Say Anything is still touring.

Avogadro’s Number is closing the weekend with A Quantum Arts Production featuring Constitution, New Transit and the Lindsey O’Brien Band from 1 to 5 p.m. And Carrie Newcomer at 7 p.m.