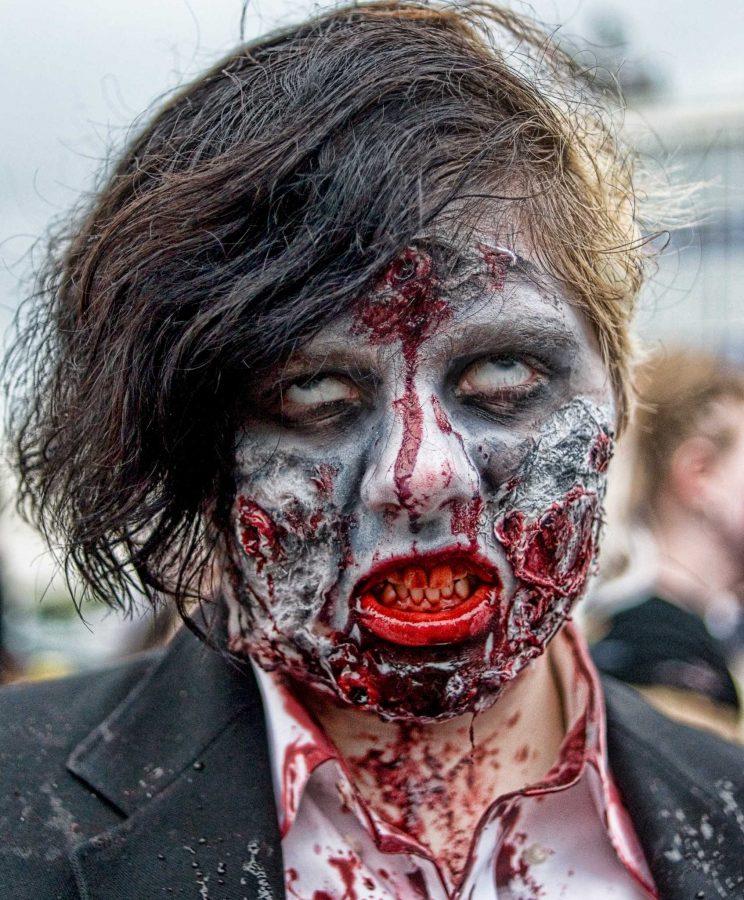 Our worst nightmare has been realized, and those of us who have prepared will be the only ones who might possibly survive. The Zombie Crawl is coming to Fort Collins, and it might be the beginning of the dreaded zombie apocalypse.

A celebration of zombie culture, dance, music and costumes will take place in Old Town Fort Collins Saturday, Oct. 20. According to Nathan Scott, Head Zombie in Charge (or HZIC), 2,000 zombies attended the festivities last year and came from as far away as Texas to get a taste of the thrill.

“I was trying to go for Zombie Willy Wonka, but I just don’t think that will work out,” Scott, who will be attending as Zombie Uncle Sam, said.

The Head Zombie in Chief’s favorite type of zombie are the Walking Dead. “I like the decayed and decrepit zombies, not so much the fresh zombies but the decomposed and falling apart ones,” Scott said.

According to Derek Brannon, a junior religious studies major and zombie enthusiast, there is heated debate about zombies and their ability to swim.

“Zombies can absolutely not swim, in “28 Weeks Later” the zombies drown,” Brannon said.

“According to ‘Land of the Dead,’ zombies can swim,” Scott said. “George Romero said zombies can in fact swim. They are not all necessarily slow, that’s a myth.”

The debate rages on, but the important thing this weekend is to make sure you’re ready for the beginning of the zombie invasion, and the best place to start is to educate yourself on what to look for.

There are two main archetypes to the zombie, according to Brannon: slow and stupid or really smart and nasty. Beyond that, though, zombie identification breaks down into specific subcategories, some of which include:

Romero Zombies:
George A. Romero — or Saint Romero as zombie enthusiasts might call him — is the father of all zombies. His films include the entire Living Dead franchise, and his zombies are reanimated corpses. The cause of their zombification is never revealed. If you are bitten by one of these zombies, you will die a violent and painful death in three days. “They are very slow and very stupid. They want brains.” Brannon said.

Resident Evil/28 Days Later Zombies:
These walking, rotting flesh undead are caused by a virus that kills and then reanimates the body. Ultimately the virus give zombies an insatiable thirst to kill indiscriminately. These zombies are very quick and violent, can climb, jump and scream.

Nazi Zombies:
These former Nazi German soldiers were infected with Element 115 (that refers to the “Call of Duty: Black Ops” game). These zombies can grow stronger and can even infect dogs. When they are shot, they explode into a cloud of toxic Nova 6 according to zombiepedia.

Voodoo Zombies:
A witch doctor or anyone who has the means to reanimate bodies is to blame for these lively lifeless corpses. This is seen in the movie “Weekend at Bernies” which has inspired the song and dance “Move it Like Bernie.”

The Zombie Crawl will be from 5 to 9:34 p.m. It is $15 for those who wish to crawl into local vendors and snatch away free prizes such as t-shirts, ice cream and jewelry. There will be scream contests, giveaways, the first ever zombie humpty dance and a performance of zombie “Rocky Horror Picture Show.”

Zombies of legal drinking age are invited to the Zombie Ball taking place at the Aggie Theatre. Mama Lenny and the Remedy and Fierce Bad Rabbit will be providing jams of the undead while thousands of giveaways will be handed out.

Crankenstein and Washington’s Sports Bar will be providing other activities after the crawl and The Pickle Barrel will be serving drinks that look like human brains.