Colorado State students say leaves are changing, aren’t like they used to be 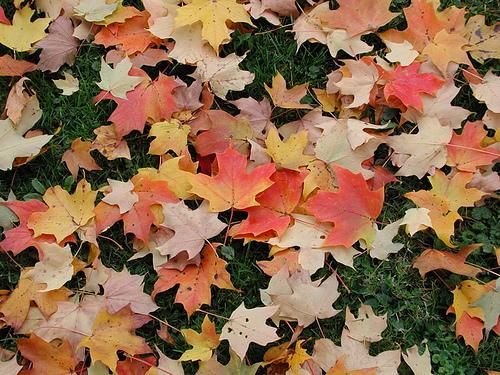 his fictional column is based on the Ramtalk, “Dear Leaves, you’ve changed recently.  It’s like I don’t even know you anymore,” which originally appeared in the Oct. 19 Collegian.

In a radical move to get more attention, familiar faces around campus have started to change.
The change was somewhat expected, but some say that it has come too soon.

“I just wish that we had gotten a better heads up,” said Alix Pucheenee, sophomore communications major. “Nobody let me know.”

Pucheenee is of course talking about the transformation of the leaves. They went from a beautiful green to a dull brown in the past few weeks, leaving students puzzled and concerned.

“It’s like — like I don’t even recognize them anymore,” Pucheenee said regarding the sudden and drastic leaf turn.  “I’m worried.”

Pucheenee, like countless others, are worried about the leaves. These concerned leaf lovers have started a new intervention group called “Turning a New Leaf”, which will confront the leaves about their recent turn in color and character. The goal is to revive the leaves to their old selves.

“Yeah, I’m in the group,” said Mat Sullevin, sophomore marketing major. “I’ll bet that by mid-November, all of the leaves will be gone. Something needs to be done!”

The leaves had no comment regarding their sudden and drastic turn. Some of them have even decided to fall to the ground in protest of the media coverage. This reckless behavior truly illustrates the gravity of the situation.

Leaf experts are indeed shocked, but say that this sort of thing tends to happen every year. They assured leaf enthusiasts that the buds will be back next spring, and that there is no need to panic, but that in the meantime, pine needles are nice.