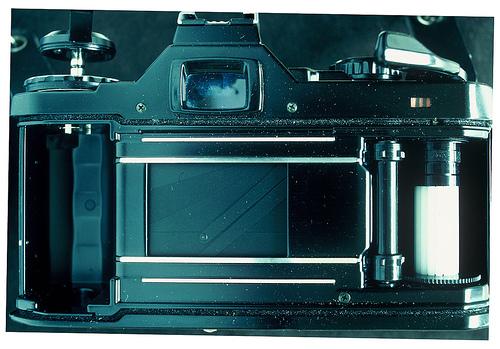 The TriMedia Film Festival is the only one of its kind to combine film, theater and television. This three-day festival brings a range of performances both live and on screen — including “Napoleon Dynamite” producer, Chris Wyatt and a high school playwright.

With more than 50 independent short films, documentaries, original theater performances and television pilots, there is sure to be something for everyone. There is also a combination of local and national talent being represented during the festival, which is hosted by the Lincoln Center, Bas Bleu Theater Company and the Lory Student Center Theater at CSU.

“There are issues near and dear to students. We have a documentary called ‘Metamorphosis’ filmed in Fort Collins that has to do with environmental concerns. We also have two films for students who love animals, including ‘Red Dog,’ which is the top grossing film in Australia this year,” said Francie Glycenfer, executive director for the TriMedia Film Festival.

Glycenfer is also the vice president for Horsetooth Productions, the sponsor for the festival, and a special appointment instructor for the Honors Program at CSU.

“Because we are an educational non profit, we have a special place in our hearts for students,” she said.

Bas Bleu and CSU will be showcasing local emerging talent through theater and film showings on Saturday at noon, including a play written by 15-year-old Brenna Diesner, according to Nick Turner, La De Da Theater Company Director.

“She’s really the center of the Emerging Talent section. This play progressed to be so interesting,” Turner said.

The play is called “The Game” and portrays a young girl who attends therapy because she believes that the bad events that surround her are her fault. Diesner has never written a play and is also co-directing and starring in the show, according to Turner.

The Festival opens on Friday night with a showing of “The Citizen,” inspired by a true story of a Lebanese man who immigrates to New York City looking for a life of opportunity. Unfortunately, he arrives the day before 9/11 and his citizenship and dreams are put on hold.

The Lincoln Center will host “The Citizen” director, Sam Kadi and actor Cary Elwes for a question and answer panel after the screening. Elwes will also be accepting the Trailblazer Award during the evening.

“We’re proud to give our first screening because it’s an intelligent community and it’s a college community,” Kadi said.

Kadi hopes that the Fort Collins college community will enjoy and learn from the film.

“We hope they will be inspired by it, learn from it and be entertained overall. I think a story like this, especially inspired by true events, will help them see someone’s experience of what they are also trying to achieve — the American dream,” he said.

The festival will conclude with a music video screening presented by SpokesBUZZ, a non-profit raising awareness of Fort Collins sound and culture, showing local bands and producers with a live music performance from indie rock band Stella Luce.

Tickets and a schedule of performances are available at www.trimediafestival.org.
Related articles