The sound of (mp3) music 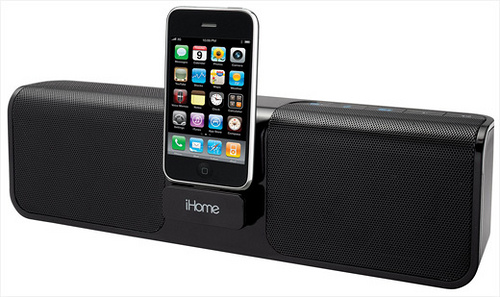 This fictional column is based on the Ramtalk, “I haven’t seen iHome guy at all this semester. If he has graduated, who will fill his musical spot in our hearts?” which originally appeared in the Sept. 7 Collegian.

In a recent publicity stunt, iHome guys have taken to the streets to protest.

The iMen and iWomen, as they are known, are notorious for carrying speakers to class instead of wearing headphones like a normal person would. These beloved men and women are upset, and are asking for more recognition. As they protest, observers and onlookers are forced to ask themselves: How can we fill the void?

iHome guys are generally smelly, small and hobbit-esque. They thrive on attention and love open toed shoes. They carry around guitars and hacky sacks that must be taken out in any group circle. They are a vegetarian people that claim to love the Earth as well as their community. The iHome person is a kind, yet misunderstood breed.

The iHome was developed mainly as an alarm clock and music playing device for people to use in their times of leisure. Some intelligent soul, however, thought to incorporate social times with this leisure time by carrying the speakers to class with him — The Grateful Dead playing full blast. With this, the movement was born.

When asked what the problem was, local CSU iHome guy Lohgan Bonswee replied, “We just aren’t getting enough attention.” The obviously distraught Bonswee went on to say that “Some people play piano for others to enjoy, but me: I just play my iHome as darn well as I can.” He went on to talk about the lack of appreciation for the iHome as a musical instrument.

The students have risen as well to join the protesters. “You know,” says local student Stevin Jakeb, “the iHome is a really underappreciated art form. Society needs to embrace these people who brighten our lives every day.”

The protests have been going on for weeks now, and if they are not terminated soon, we may have to live the rest of our lives without the iHome people. I know that I never want to see that day.