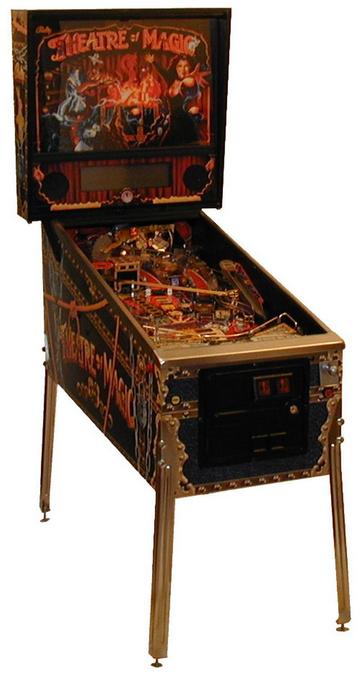 Maybe this weekend you’re less interested with newfangled entertainment technologies such as the moving picture, leisurely automobile drive or that Sega Genesis laying around your apartment.

If that’s the case, don’t worry; Fort Collins has an entire business dedicated to a form of entertainment just old enough for your liking.

Nestled below Beau Jo’s in Old Town Square lies Pinball Jones, Fort Collins’ throwback to a time when the word “game” had less to do with Skyrim and more to do with the number of quarters in your pocket.

More specifically, it’s Fort Collins’ destination for all of your pinball desires, hosting more than 20 machines for patrons to play. This October, Pinball Jones will celebrate it’s first full year of being open for business.

“A friend of mine was going to get a pinball machine,” said Kim Jones, the owner and manager of Pinball Jones. “And I thought to myself, ‘Wow, I forgot about pinball,’ so I started to look around on Craigslist and bought my first one.”

Because there were a couple of places around town with pinball machines, but no dedicated arcade, it made sense to gather up all the machines Jones could find and put them in a single location.

“I had a couple machines in bars around town,” Jones said. “I had machines in Idaho Springs and Severance, and some here in Fort Collins. When the old machines broke down the last thing I wanted to do was drive all the way to Idaho Springs to fix them.”

After Jones opened her business, she realized that she’d need more than just her know-how to keep all the machines in working order, but hiring a pinball mechanic proved as unconventional as the pinball arcade itself.

“One time I put up a handyman Craigslist add that said I was willing to trade some work for a pinball machine,” said Ben Fox, an employee at Pinball Jones who helps to keep both the old and new machines in working order.

“A couple hours later I got a call from Kim asking if I could fix a pinball machine she had. I had never fixed one before but I thought I could handle it.”

From there on, Fox has been employed as the in-house mechanic at Pinball Jones.

But the business is more than just a place to play more than 20 different pinball machines; if you’re a die-hard pinball fanatic with cash to burn, you can take one of the machines home with you.

The cheaper machines run $1,500 bucks, but expect a bigger payout if you want one of the classics — Twilight Zone or the Addams Family — ,or if you want a new one like Transformers, it’ll cost you $7,000.

“We rotate our machines out pretty often,” Jones said. “I buy and sell machines. Right now it’s really full here, which is good.”

The first time you go, you may be tempted to play all the pinball games, but that’s not how you will see the pros doing it.

“We definitely have regulars. Some people come in on their lunch break and some people come in with their kids,” Fox said. “The first time in people will play a couple of different games, but when they come in regularly they will only play one game. There is a father and son who play Terminator and a couple who only play Lord of the Rings for two hours at a time.”

“I really like it when parents come in with their kids and introduce them with the pinball,” Fox said. “Usually the kids love it, but sometimes they are bored out of their minds. It’s really fun to watch because it is kinetic versus playing a video game or something.”