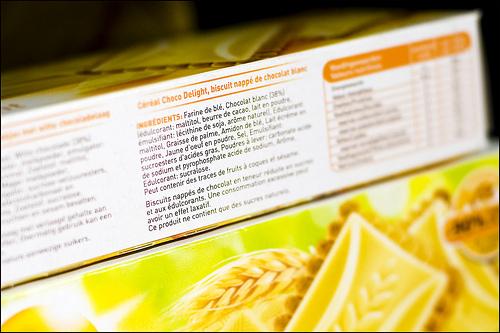 This fictional column is based on the Ramtalk, “Dear Braiden, if you’re going to label foods with special attributes, label the ones that also give explosive diarrhea,” which originally appeared in the Sept. 21 Collegian

The newest health craze has reached Colorado State with full force today, as students have demanded the labeling of food in CSU dining halls. The labeling will cover gluten and dairy content, but will mainly focus on the potential that certain food items have to give a person explosive diarrhea. There has been a tremendous outpour of student support.

The movement to mandate these labels started after The Great Pine Nut Epidemic of ’95, in which 16 students were hospitalized for loose stools. Students say that they are sick of being surprised by their food hours, or even days, after eating it.

“The first time I ate in the dorms was amazing, but something funny happened about three hours later,” said Emilia Levey, a sophomore nutrition major. “Thankfully, I made it to the bathroom just in time.”

She went on to say that the new labels would provide students with the information that they need to make safe and educated decisions on what they choose to fill their body with, and how they want to expel it later.

With the rising percentage of students who have gluten and dairy intolerances, anyone could have seen this coming.

Braiden Hall will be the first to undergo the labeling changes.

“It’s too dangerous not knowing exactly what you’re eating,” said Kile Yekas, a junior sports medicine major. “I really don’t enjoy all of the stomach grumbles and casual explosions that occur shortly after.”

He then said that eating prior to attending a 1 p.m. class is nearly impossible. A person who does this will undoubtedly have certain unwanted “outbursts” and “interruptions” the entire class period.

An anonymously official spokesperson for the Dining Services Advisory Council (DSAC) has officially supported the movement. She said that she thinks that the proposition will be implemented by early March, but that students who may have irritable GI tracts will just have to stick it out until then.