Local election canceled; no one notices 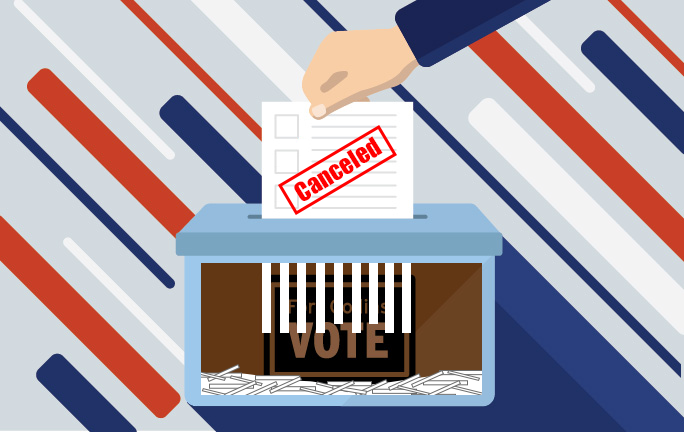 Due to lack of voter interest, the 2019 Fort Collins elections have been canceled.

Also due to lack of interest, no one has reacted to this development.

“In some ways, it is disappointing that really absolutely no one gave a crap,” said Angie Timanda, Fort Collins scantron manager. “But it’s also a good sign for us in the local government, since that means the City is running so flawlessly that no one feels any urge to change anything.”

The City made the decision to cancel by sending out pre-election ballots asking if they should bother counting the actual ballots this year. When no one replied, they took that as a no.

With the election canceled, the current City Council candidates, as well as policies and taxes, will just have to continue serving their roles as if this term is never-ending. If the low voter interest persists, future elections may be canceled as well, and all current Councilmembers will just have to keep serving until they die.

That explains why City staff have been saying ‘Who are you? You’re not a Councilmember. Please get out of this office,’ to me all week.” -Tim McMallen, not the new District 5 City Councilmember

Upon finding out the election was canceled, political science major Jimothy Tanner said he was “appalled and outraged by this smear on our democracy.” When Yeehaw Junction reached out to him again the next day, he had already forgotten what his statement was referring to.

Annie Hui, sociopathic major at Colorado State University, said she vaguely recalled getting an election ballot in the mail but since it looked so short and easy to fill out, she must have procrastinated it away.

“There’s just so many more appealing things to do, like 60-page readings or 20-page essays, something that can really keep me up until 2 a.m. every night and scar me for life, you know?” Hui said. “Compared to classwork, it was just so daunting to fill out a tiny little ballot with only four questions.”

Of the 205.8 CSU students Yeehaw Junction surveyed, only eleventeen percent were aware the local elections were even happening. That is slightly lower than the overall 25% reported by the Coloradoan.

And voters aren’t the only ones who failed to follow the election closely.

Resident Tim McMallen, who had thought the election had simply passed without any fanfare, was shocked to find he had not actually won the District 5 City Council seat.

“That explains why City staff have been saying ‘Who are you? You’re not a Councilmember. Please get out of this office,’ to me all week,” McMallen said.

McMallen was then double-shocked by the fact that he was never running for City Council in the first place.

Overall, the City is not too beat up about the cancellation.

Editor’s note: This is a satire piece for April Fools Day. Real names may be used in fictitious/semi-fictitious ways. Those who do not like reading editor’s notes are subject to being offended. By the way, the elections are not canceled; ballots are due by 7 p.m. tomorrow; now, please get out and vote.

Yeehaw Junction reporter Sam I Am Ye can be reached at news@collegian.com or on Twitter @samxye4.